-Nation
-Leader of Alliance side

-Eating (especially burger and junkfood)
-Visit and having fun with his friends,Canada and Tony the alien
-Observing the situation
-Waiting for England (Formerly,when he still child)

United States of America or simply America, is one of the main supporting characters of the Hetalia series. His human name is Alfred F. Jones.

America is tall and leanly muscular. He has blonde hair and blue eyes. He is physically 19 years old.

America is a cheerful, loud, and outgoing young man who claims himself to be the hero much to almost everyone's annoyance. He would come up ideas that are sometimes foolish. He loves eating fast food and even talks with his mouthful. He is even terrified of ghosts. And is also claimed to have 'Superhuman Strength' as seen as he threw off a bison when he was still new to the world and having found by England and France.

When America was discovered in the new world as an infant, he was raised by England who became an older brother to America. However, as America became an adult during the Revolutionary War, America gained independence from England much to England's grief which later caused a stranded relationship between the two even though they had worked together as allies during the World Wars and beyond. America is also the older brother of Canada (Matthew Williams).

America along with the other countries work together to solve the world's problems. America is the leader of the allies who are England, France, China, and Russia. During the World Wars he was against the Axis who are Germany, Italy, and Japan. Today, they all became allies and they all work together to protect the world from dangers. 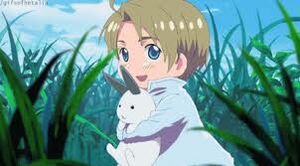 America as an infant 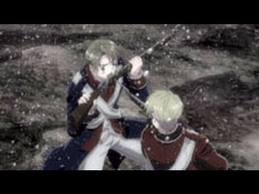 America in the Revolutionary War 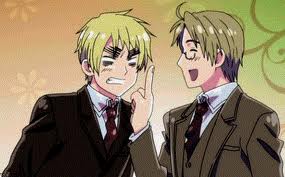 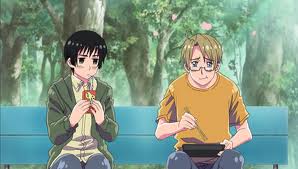 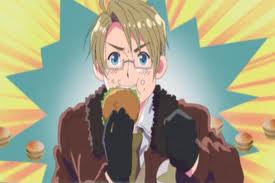 America eating and talking at the same time 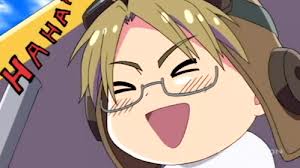 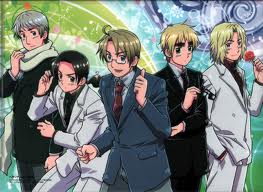 America with the other Allies 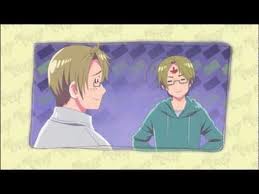 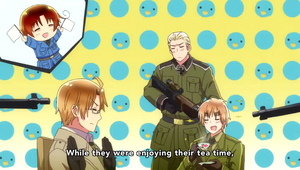 Retrieved from "https://hero.fandom.com/wiki/America_(Hetalia)?oldid=1767488"
Community content is available under CC-BY-SA unless otherwise noted.