Amy Chen is a character in TimeSplitters Future Perfect, appearing in missions seven and eight as player-two. She was voiced by Lorelei King.

She appears in the missions set in 2052, meaning that she was probably born between the mid-2010s and mid-2020s. She is a spy sent to retrieve incriminating evidence of Jacob Crow's company, which happens to be on the same day that Cortez travelled back to, on his hunt for Crow.

Eventually, the two meet, but quickly discover their mutual goal, and their mutual enemy, so they team-up, soon overpowering Crow's security force and finding their way down into his labs. Once in the labs, they disguise themselves as lab workers to gain entry to the deeper parts of the labs.

There, they discover experiments more twiseted than they thought, and eventually, Amy hacks several computers and obtains digital data that proves the rumours of the company to be true, leading them to shut down. Once Cortez and Amy find Crow, he travels to another time, prompting Cortez to do the same, leaving Amy to gather her evidence. 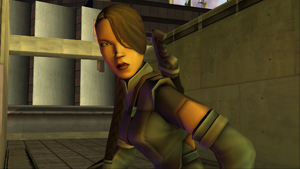 Amy sneaks into the building. 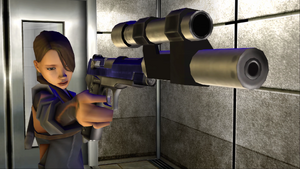 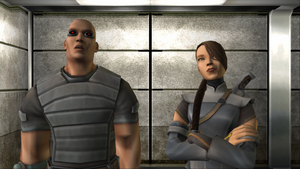 Amy and Cortez wait for the elevator. 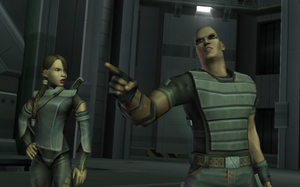 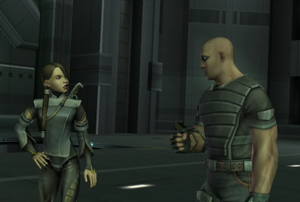 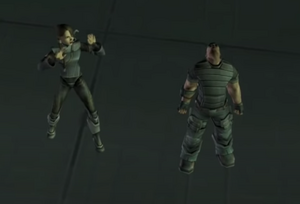 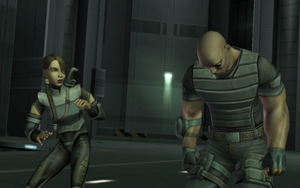 Amy looks at Cortez as he calms down.