Save the galaxy from the evil pigs

Kill Emperor Palpatine Pig for corrupting him (all succeeded)

He is actually an old Anakin Skywalker bird. After he was burned and survived he turned into Lard Vader. In Death Star 2, he redeems himself and he died when he sacrifices himself to save his son Luke Skywalker Bird from the Emperor Palpatine Pig after the latter manipulated him previously into defeating Obi-Wan Kenobi Bird and other Jedi Birds (though Obi-Wan Kenobi managed to win), in the end of Death Star 2, his spirit appeared with Yoda Bird and Obi-Wan Bird. He is one of the main playable characters in Angry Birds Star Wars 2 along with Obi-Wan Kenobi Bird, Qui-Gon Jinn Bird, as well as Jar-Jar Binks Bird. Like his son can in the first game, Anakin can swing a lightsaber. Qui-Gon Jinn has a similar ability.

He is based on his human counterpart Anakin Skywalker from the Star Wars franchise when he became Darth Vader, but redeems himself to save his son Luke from the evil Darth Sidious' darkness attacks. 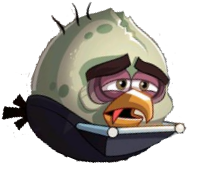 Anakin as he appears in Angry Birds Star Wars 2 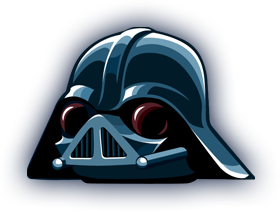 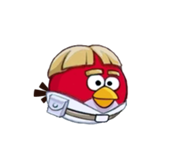 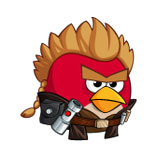 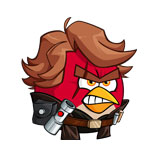 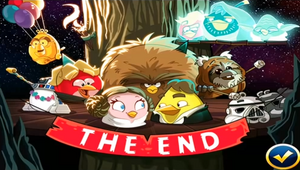 Anakin, Yoda and Obi-Wan as spirits in the ending of Death Star 2