Save her family.
Defeat Rasputin.

Anastasia Romanov      is Shadow Hearts take on the real life daughter of Tsar Nicholas II and Empress Alexandra of Russia. She is a fierce and opinionated patriot of her country but far more concerned with reestablishing a connection between the Russian nobles and the people than concerning herself with Russia's stake in the World War. She is one of the last people of influence in the Russian court to have an opportunity to stop Grigori Rasputin from usurping the Russian throne.

Intrigue in the Russian Court

Anastasia is encountered by the rest of the heroes of Shadow Hearts: Covenant when they head to Russia to stop Grigori Rasputin, head of the terrorist cult known as Sapientes Gladio who had been harassing them since the start of the game. Though Rasputin was trusted with great power by the Tsar and Tsarina after he healed Anastasia's brother, Alexi, Anastasia herself never trusted Rasputin and noticed he seemed to be abusing the great amount of power he wielded while her father was on the front during the Great War (World War I). Anastasia had her friend Edger build her a magically infused camera so she could catch evidence of Rasputin's suspicious behavior. In addition to the camera Edger also created a Faberge egg as protection and had infused it as well as the camera with magical properties. Anastasia followed Rasputin through the streets of Petrograd until she spied him in a back ally talking to an assassin. Anastasia did not know who Rasputin's contact was and could not hear what they were talking about except that it had something to her father when he returned from the front but just to be sure took a photo of the two. Rasputin and his assassin, Victor, heard the camera's shutter and went to check on the noise, Anastasia quickly hid her camera and prepared to face Rasputin as he approached. Rasputin did not need to consider Anastasia a threat to have her killed for her prying into his affairs and after making some veiled threats and implying he had a hand in her sisters' murders he turned his back on Anastasia and Victor as he casually whispered to Victor to kill her. Victor summoned a demonic familiar Rasputin had given him and had it chase down Anastasia.

Anastasia ran down the streets until she was cornered in an alley. Just as Yuri and his friends had arrived in Russia they heard Anastasia's screams and Yuri, Karin and Blanca raced down the alley to save her. In battle Anastasia found the magic of the camera allowed her to capture the image of certain monsters, Victor's familiar being one such monster, and bring the images to life to serve her. With the help of Yuri, Karin and Blanca Anastasia defeated the demon. After she was saved Anastasia went back to Edger's with her saviors and attempted to pay them for their good deed. Yuri and the others seemed less concerned with the reward than the situation Anastasia had gotten herself in. When Anastasia had mentioned Rasputin everyone became heavily concerned. Anastasia soon discovered they were enemies of his and invited them to the palace to give them greater details on Rasputin's influence in her father's court and form a plan to stop him from taking over Russia.

Anastasia is prone to over-dramatics and fancies herself a courageous heroine battling the forces of evil, even before she joins the party proper; perhaps for this reason she starts off with a high affinity with Joachim, who also fancies himself a superhero. Anastasia dislikes when any of her friends makes her feel self-conscious and will usually deal with the embarrassment by kicking said friend.

Anastasia is a hopeless romantic despite her young age; she can be seen spying on Yuri and Karin, hoping they get together, she gets aspirations of marriage when she first meets the dashing young Kurando and even considers Joachim having sex with his mentor, the Great Gama, to be a touching scene of love.

Despite her romanticizing nature she is extremely preoccupied with the current political climate of her country and very worried about her father eventually being deposed by a people fed-up with being oppressed by Rasputin acting on her father's "behalf".

Anastasia's camera can summon certain monsters she has taken pictures of to fight for her. Even if a photographed monster can not be summoned the status info she gets can be incredibly useful in battle for sizing-up weaknesses and preparing battle strategy. Anastasia has some of the highest magical stats of Mana Points, Intelligence and Power in the game and can hold a large amount of Crests at a single time making her a mage character easily on par with her fellow hero, Gepetto, and relatively in striking distance of Zhuzhen from the first game. Anastasia's main draw back though is her very low Sanity Points, meaning if she remains in battle for too long the stress of battle will get to her and she will go berserk, making the player lose control of her. 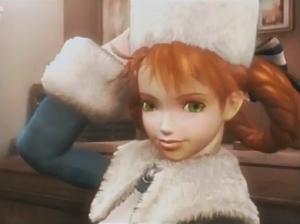 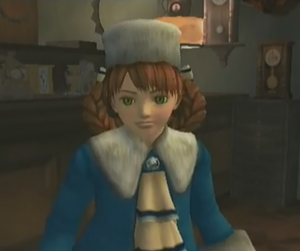 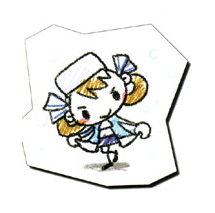