Elemental Hero
AncientGarurumon is a hero in the Digimon Frontier movie, Island of the Lost Digimon.

A long time ago, he died along with the Ten Legendary Warriors to restore peace from the evil Lucemon.

In the movie, he was revived along with AncientGreymon after Kotemon's sacrifice to defeat Onismon.

He died along with the other Ten Legendary Warriors when they defeated Lucemon years ago and imprisoned him in the center of the Digital World. He created the Spirits of Light, Lobomon and  KendoGarurumon.

In the movie, AncientGreymon and AncientGarurumon were revived after Kotemon's sacrifice. The two ancient warriors defeated Onismon once and for all and disappeared without a trace.

Possessing the attribute of "light", it is one of the Ten Legendary Warriors who saved the Ancient Digital World. A Mega Digimon who existed only in the distant past, it is called the "Supreme Shining Beast". AncientGarurumon's abilities were later passed on to the "Beast Digimon". It is said that in the previous crusade, it survived to the end alongside AncientGreymon, and sealed away Lucemon. Its Special Moves are brandishing its two greatswords with a dazzling radiance and cutting apart the opponent (Sharpness Claymore), and completely halting the movement of electrons with super-cold air at absolute zero and a super-ray of light. 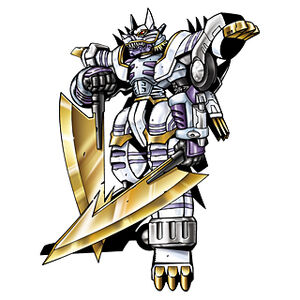 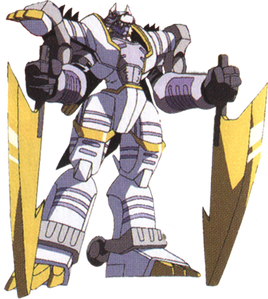 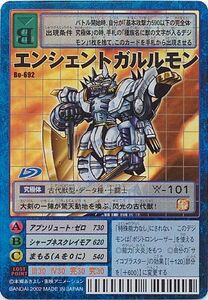