Elemental Hero
AncientGreymon is one of the heroes in the Digimon Frontier movie, Island of the Lost Digimon.

He died along with the other Ten Legendary Warriors when they defeated Lucemon years ago and imprisoned him in the center of the Digital World. He created the Spirits of Fire, Agunimon and BurningGreymon.

In the movie, AncientGreymon and AncientGarurumon were revived after Kotemon's sacrifice. The two ancient warriors defeated Onismon once and for all and disappeared without a trace.

Possessing the attribute of "flame", it is one of the Ten Legendary Warriors who saved the Ancient Digital World. A Mega Digimon who existed only in the distant past, it is told that its strength surpasses that of current Megas, and it is certainly an "Ultimate" being. AncientGreymon's abilities were later passed on to the "Dragon Digimon" of the Greymon-species. It is said that in the previous crusade, it survived to the end alongside AncientGarurumon, and sealed away Lucemon . Its Special Moves are gathering the spirit of the land and creating a tornado to swallow up the opponent and blow them away (Gaia Tornado), and inducing a super-detonation over the surrounding kilometers alongside an intense flash (Omega Burst). 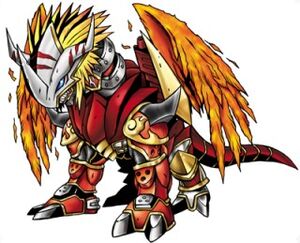 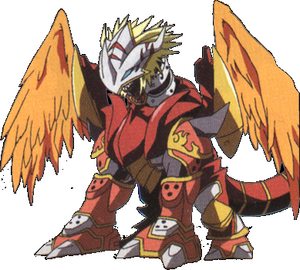 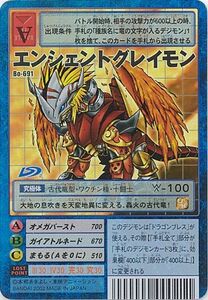