Being with his wife.

Kill the Stegman gang for raping his wife (succeeded)

Peter Stegman and his gang

Andrew Norris is the main protagonist of the 1982 thriller film Class of 1984.

He is portrayed by Perry King.

He is a new music teacher in the high school; who is walking and talking with a fellow science teacher named Terry Cardin as they go to work. In the school, Andrew Norris noticed something wrong as he saw one of the thugs Drugstore has passed without being detected by the metal- detectors, but he was told by the guards that "It's too late now". Terry told Andrew that if he is to survive he has to look the other way, and then he walks Andrew to the principal's office as he takes Terry's advice. In the Principal's Office, the principal is having trouble with the surveilance monitors, he entered the office to talk to the principal, he tells Andrew that he is shocked of how much the bad students would do and advises Norris to never leave the class room unlocked and spots two dope smokers, Andrew Norris tells security about the problem they spotted on the monitor screen.

When Andrew Norris arrives to the music class, he sees nasty graffiti on the walls, the students are being bullied and are having trouble learning, because of the group of bad punk kids, so Andrew tells the kids to settle and remain in their seats, then he tells the names of the students, but is interrupted by Drugstore, Fallon and Barnyard. He then looks at the kid with the dark brown shirt and tells him to identify himself, the kid told Norris that his name is Stegman, Peter, and the kids in his group do thier nazi pledge to him. Norris was going to kick them out, but Stegman said that they stay with him. The bullies then walked out of the music class room, all but Peter, Andrew noticed that Peter was in this class and tells him "What's a matter with you.", but Peter mocked Andrew's words and swears at him as he leaves the room, Andrew closes the door, and stopped the violence caused by Peter Stegman and his Neo-Nazis from ruining the class session with their harassing insanity at the second scene of the film, so the students can finally learn as Andrew can teach them.

After class, Andrew, Terry and the other teachers are in an After School Meeting. Andrew asked Terry "What happened to Goldstein?" Terry explained sadly "Some say he had an accident or they will say he will be back, like all teachers and all athletes, but he never came back." telling how Mr. Goldstein died. After work, Andrew Norris walks to his car and it has graffiti saying teachers sucks, he asked the street guards, but he had no response from them, so he got in his car to go home to be with his wife, Diane Norris, the couple were happy to see each other again.

At night, The Norris couple had a good dinner at the chinese restaurant and they drove back home, then a convertable car came to Andrew's direction, the couple are shock and felt suspitious, so Andrew came to have a better look, but the Neo-Nazis popped their faces with masks on, squirted him with fake blood and drove away, leaving him to assured by his wife.

Next day, Students set up the flag on the metal pole, Andrew sets up a junior chour as the students are watching carefully as they learn on their own instruments, he asks them if any of them have gone on a syphonies, concerts, or won any trophies, all the students are like no, so Andrew have thought of an idea, said "Money." and all the students have raised their hands up high and they liked the sound of money. Norris tells that the class will have a test on sight reading on an Eighteen Twelve Overture by a Russian composer named Trikofski and describes the song to be dramatic, so he encourages the students to practice hard to do their best, but before the rest of the class can move on, the Neo-Nazis entered the music class to make trouble for the class, but only this time Peter Stegman tells everybody that this song is called Ivory Joe by Kokomo and he plays the song beautifully, the students, his thugs and even Norris watched how Stegman played so beautifully, but nearly the end of the song, Andrew Norris has kicked the Neo-Nazis out of his class so the students can learn without interference.

In another scene of the movie, Terry is holding one of his animals, a rabbit, and offers Andrew to hold the rabbit, and he did it for a short time before he puts the creature back in its cage. Terry said "To the little animals, because they never kill each other without good reason." as he drinks from his shot glass and tells Andrew that he will see him later.

At the halls, Andrew walks to see if anything goes wrong, cool kids bump and ask him for directions, greeted by three African American boys smiling at him, but Norris wasn't too sure, feels that trouble is in the air as he walks on the halls, and found it as Fallon and Patsy guards the boys bathroom, but Fallon tells the rest of the gang that Norris is coming, which he did and didn't like what he sees, he then checks on the urinals and found the drugs. He asks the two students that they bought the drugs from the Neo-Nazis, they told him that they don't buy it from them and lets them go, the Neo-Nazis were going to follow them, but they are being stopped by Norris, so Stegman said "I run this school man." "It's going to be a big surprise for the principal." Norris replied as he takes them to be suspended in the principal's office only to fail to do so by Stegman's lies.

Outside of the school, Andrew, Terry, and the others watched as a student is hanging on a flagpole, some are yelling for him to get down, the two teachers watched in horror, and the Neo-Nazis watched in excitement, a student called Jimmy is on the flagpole and said "I pledge my alligence to the flag of the United States of America, One nation under God, Indivisable with liberty and justice for all." and the flag torn off the pole and the boy fell to his death, everybody, even the principal was horrified by the fall, everybody found that he was dead and have the body recovery take the kid away. Andrew had to talk to a student named Arthur about how Jimmy died

Andrew is a respectful, benevolent, good and big hearted man; who kicked the thugs out of his music class so the students can learn, a very good friend of a fellow science teacher who lost his rabbits and died in a car crash, and cares deeply for his wife, Diane Norris. When Andrew goes to work, he sees a trail of troubled kids in his wake, follows the trail of pain in which lead him to the boys bathroom and found the trouble makers behind the crimes. Which he didn't find in his old job, but this new job is pretty scary as he will soon find out with five vicious teenage monsters.

Andrew Norris has brown hair with side burns, moustache and a short beard attached to his face, and usually wear a suit of white or light blue shirt, a dark gray green or black tie and pants, which points to his mild mannered nature. 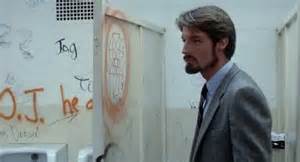 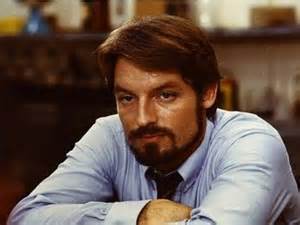 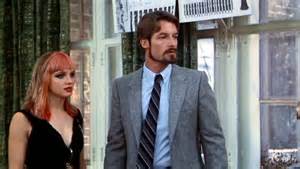 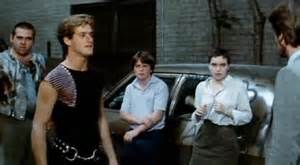 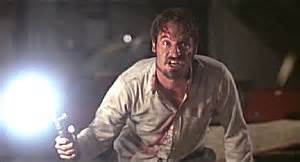 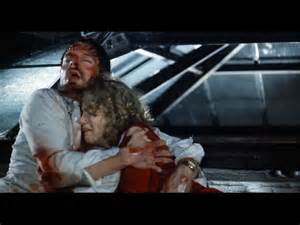 Add a photo to this gallery
Retrieved from "https://hero.fandom.com/wiki/Andrew_Norris?oldid=1633661"
Community content is available under CC-BY-SA unless otherwise noted.