Andy is one of supporting characters of Ginga Densetsu Weed: Orion & Ginga: The Last Wars. He is nephew of John.

He look like his late uncle, John in appearance and spirit. He is black on his back and snout, while everything else is a light brown.

At first, Andy is wary of strangers and bit disrespectful towards his elders. Is known to be a bit reckless in a fight.

In Ginga: The Last Wars, Andy has seemed to have grown up a bit always looking out for Orion. He can see in the middle of a war allies should fight against their enemies not each other trying to act as the voice of reason between Orion and Sirius.

He's loyal to Orion and cares a deal about him, seeing the red akita as the army's last hope.

Andy gets acquainted with Rigel and Kotetsu who are trying to release Ōhu Soldier, which Jinemon Kurohabaki has locked down. When dogs get free, Andy decides to leave Hidethoshi and join them in the battle against Masamune Kurohabaki.

When Masamune climbs up the wall, Andy attacks to push this down but drops himself into the ravine. Rocket jumps after Andy. Both dogs will survive the fall of the injury.

After the last battle, Andy seems to be leaving Ōu. Hidetoshi will meet him and find out he is just as late as John.

Later, Akame is running to announce that Monsoon's under attack have invaded Ōhu. Orion will leave with the forces immediately. They are waiting for Yamabi troops in the Kyoto Mountains, but after two days Orion decides to leave Ōhu and asks Rigel to stay. The forces of Orion and Yamabik are united and arrive at Nagano's Unsail . The United Dog Army then goes to Ōua. When the army stops at the Kunimi-tower, Unsi sets four intelligence units on all the main air routes of the Futago slope.

Orion is annoyed when he is not selected for the job. When the intelligence teams leave, Orion strikes Yamabiko's eye and is going to need it. Andy and Bon understand Orion's plans for something, and they leave after him. The triangle goes along with the Futago, following the smell of the bark. 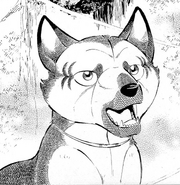 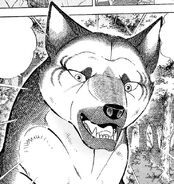 Retrieved from "https://hero.fandom.com/wiki/Andy_Valkom?oldid=1758015"
Community content is available under CC-BY-SA unless otherwise noted.