- to steal Celestial Being secrets for Innovator (succeed)

-to free from Innovator and be with Lyle Dylandy

She is voiced by Ryoko Shiraishi in the Japanese version and Lalainia Lindbjerg in the English version.

Anew is the most rare and unique Innovade, unlike her kin who are mostly neutral (mix male and female), she was born as fully female. Anew has long lavender hair that reaches her shoulders, dark red eyes and a tall and slender figure. She also shares similarities with her genetic twin-brother, Revive Revival.

She wears a light blue version of the Celestial Being uniform with a light rosy red jacket.

As an Innovators member, especially in the Gundam 00P Special Edition 5 photo novel, Anew is seen wearing the same Innovators cloth as Revive Revival, and she also shares the same A-Laws pilot suit with him.

Anew has two different personas. When her Innovator persona is not activated, Anew is overall gentle, polite, and caring towards others She is also very curious, especially about Lyle Dylandy. Her gentle persona was actually a modification by Ribbons Almark in order to make sure no one would suspect her as an agent of the Innovators. After Revive releases her true persona, she become less conscientious, more harsh and will do anything for the sake of the Innovators. She will also apologize to her Innovator comrades if she feels she's ruined their plan. Unlike her kin, Anew learned to fall in love and care about others. This makes her confused about Lyle because he still loves her even though he already knows that she is his enemy. Because of that, she decides to defect from the Innovators to re-join Lyle's side, but Ribbons takes over her mind and forces her to kill Lyle. Before her death, she admits that she has no chance to learn to understand the others as long as she is an Innovator, and asks him if they still understand each other or not. Lyle smiles and answer yes, which make her glad in her last moment.

Anew was actually the member of a group of Rogue-Innovades, the Innovators, who were sent by Ribbons to become agents for the Celestial Beings.

On her day as a Celestial Being member, no one suspects her as an Innovator due to Innovator reprogramming her to have a gentle persona. She helps many members, and begins falling in love with one of the Gundam Meisters, Lyle Dylandy .Lyle is the first person who suspects her, but he still keeps it a secret to his comrades until he and the others Meisters meet Revive Revival face-to-face, who actives Anew's Innovator persona. She begins shooting Lasse Aeon and takes Mileina Vashti hostage, but she is stopped by Soma Peries when she locates her with her Quantum-brainwave, but Anew threatens to kill Mileina. However, she is stopped by Lyle and Setsuna, and Lyle pretends to join her side to make her release Mileina. But Setsuna deliberately shoots Lyle when he tries to take Mileina, much to the horror of Anew. She attempts to help him, but Revive orders her to run away with him.

She later engages battle with Lyle when Ribbons assigns her to help her kin. After Lyle heavily shoots her Gaddess, she becomes confused about him when he forces open her cockpit because he wants her to join his side again and says that he intends to make her his woman, even if she is an Innovator. Anew is touched by Lockon's forgiveness and willingness to keep loving her. She decides to join him, but at the last possible moment, Ribbons takes over her body and mind, forcing her to kill Lyle. She is later killed by Setsuna when her Gaddess gets heavily damaged and detonates. Before the moment of her death, the quantum effect of 00 Raiser gave the couple a final chance to convey each other's feelings.

Her death makes a heavy impact on Lyle. He becomes furious with Setsuna because he killed her, and punches him before he finally breaks down crying on Setsuna's chest. Because of her death, Lyle also starts to understand about Neil's pain when he lost his loved one. Lyle decides to forgive Setsuna after trying to shoot him but being unable to do it. Lyle builds a grave for Anew next to the Dylandys' family grave. He tells her that he's permanently leaving Katharon, and that he will face the future and continue life as the Gundam Meister of Celestial Being. 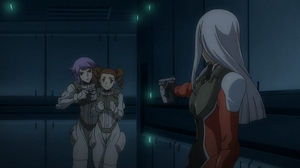 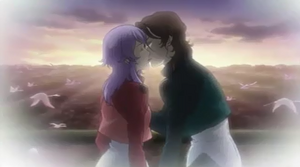 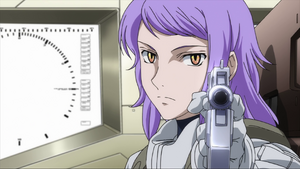 Evil-Anew about to shoot Lasse 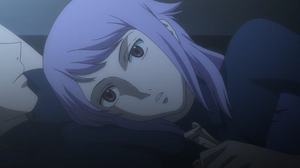 Anew confused when Lyle asking her about her family 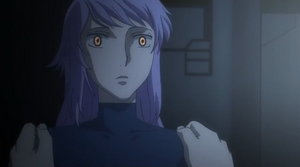 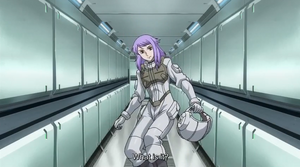 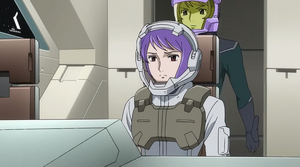 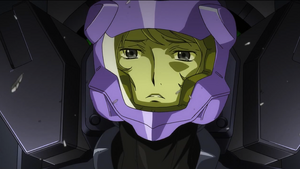 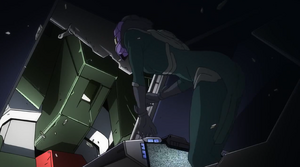 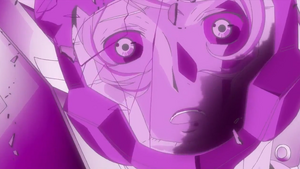 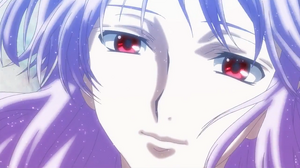 Retrieved from "https://hero.fandom.com/wiki/Anew_Returner?oldid=1785437"
Community content is available under CC-BY-SA unless otherwise noted.