Heroes Wiki
Register
Don't have an account?
Sign In
Advertisement
in: The King of Fighters Heroes, Anti-Hero, Female,
and 91 more

Angel (The King of Fighters)

Kill Kula Diamond and her guardians alongside K9999 (formerly).

Angel was known as the demoted agent of the secret organization NESTS, she was assigned to pay close attention to the experiment K9999, the purpose of which was to find rebellious experiments that left NESTS. Angel seems to belong to hate that they want to mention her own weight, but writing it will be punished and the advantage of this is not relatively rude. At the end of the tournament, it was revealed that Angel and K9999 were actually killing Kula Diamond and her guardians.

Before K' joined up to had against NESTS together with his teammates, Whip and Maxima. Angel would listening to proving it that she watching K9999 deals with Psycho Soldier teams, which clearly that he eventually using of his brutally powers though his by ways finished killing off Athena and the other members of her teams until the offense. Foxy tried to stops K9999 from kept commiting crimes, Angel later fights the Hero team along with K9999 and her teams. She is dislikes into K' and Whip because of they almost ruining her plans at such while that was enough under the intensity so what matters as having struggle everytime.

Upon K9999 defeating and losing by K' in one of battle, the Hero team were about to wins. Angel hasten on taking K9999 into hospital as she does things right to takes care for him. Although it is suggested that Foxy is surely injured by them, this ending is considered to be a non-canon. Ironically, in fact, she and K9999 disappeared from the aftermath, which their whereabouts are unknown. After betraying NESTS, Angel continued to escape and was chased by loyalists of the organization. In addition, when Angel arrives at another place and seeks her enemies, unexpectedly she suffers an ambush from Rugal Bernstein, thus K9999 has should protected her from being victimized.

However, Angel is not allowed to entangle with K9999 again, as well as to give up her own life and return to Mexico to continue training. When Ramón invited her to participate in the competition. Due to her unbelievable disciplinary behavior as would result in a contented benefit, she is accepted in the tournament, which tired of living in the shadows and having the mood to do it.

Angel is a honorable, joyful, relaxed, flirting, and interesting person, by although she worked as an assassin of NESTS before the organization was dissolved, but she behaved like a cat. She is also very violent and sadistic. 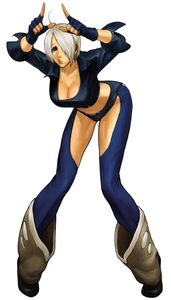 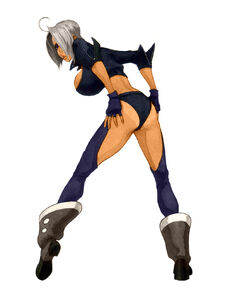 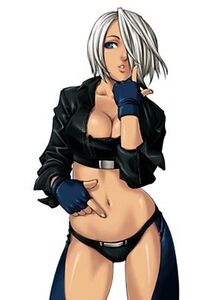 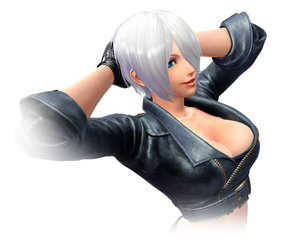 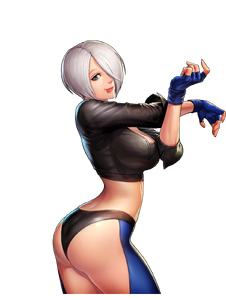 The King of Fighters All Star: artwork. 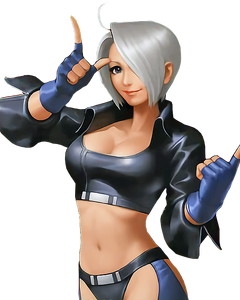 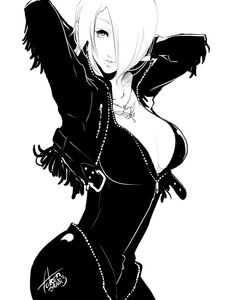