Angelica Pickles
Yucky (by Dil in Rugrats)
Peaches (by Edwin in All Grown Up!)
Balilna Pickles (in Angelica's Twin)

School student (All Grown Up)

Playing with dolls and eating sweets

Angelica Pickles is the secondary tritagonist, as well as the overall main antagonist and anti-hero of the Rugrats franchise and All Grown Up spin-off series. She is the cousin of Tommy Pickles, the niece of Stu and Didi Pickles, the daughter of Drew and Charlotte Pickles and the granddaughter of Lou Pickles. She is a major spoiled brat and the recurring bully towards Tommy and the other babies, but will usually side with them or do something good for them. She is smart enough to make the adults believe she is a sweet and lovable character in order to mask her true nature toward younger children. Her parents, Drew and Charlotte Pickles, can be responsible for spoiling her a lot and making her the brat that she is, and sometimes not, today. 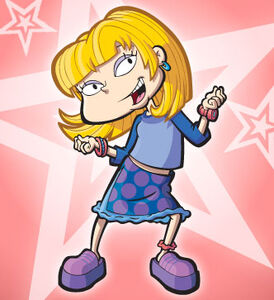 Angelica in All Grown Up 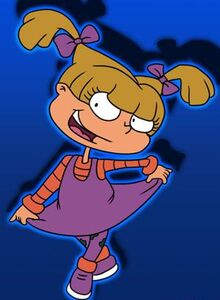 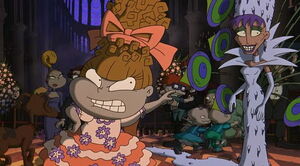 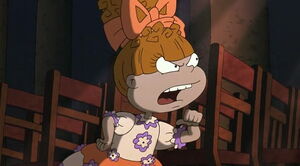 "Listen, lady! Nobody messes with my dumb babies except me!" 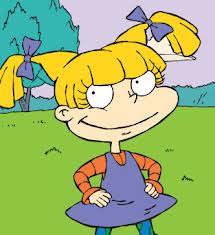 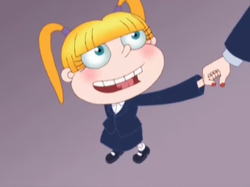 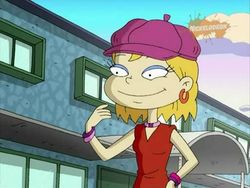 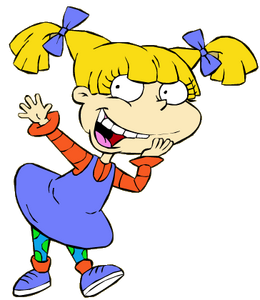 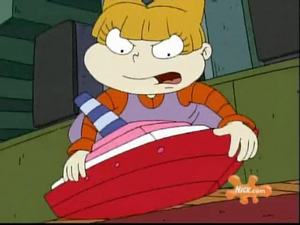 Retrieved from "https://hero.fandom.com/wiki/Angelica_Pickles?oldid=1503840"
Community content is available under CC-BY-SA unless otherwise noted.