Eating sweet foods, licking blood after she threw a kunai

Hyperactive Heroine (as a genin)

Anko Mitarashi is a kunoichi from Konohagakure and a character from the Naruto anime and manga series. She had a dark past with Orochimaru, but turned good and was first seen probably in the manga hosting the Chunin Exams a long time ago with Hayate Gekko another host who is Yugao Uzuki's lover. Sasuke used her cursed mark behind her neck to revive Orochimaru.

She was voiced by Julianne Buescher and Laura Bailey in Naruto/Naruto Shippuden and currently Cherami Leigh in Boruto: Naruto Next Generations.

Anko has light brown, pupil-less eyes. Her hair - black with a blue tint in the manga and violet in the anime - is styled in a short, spiky, fanned-ponytail. She usually wears a fitted mesh body suit that covers her from her neck down to her thighs. Over this she typically wears a tan overcoat with a purple in-seam and a pocket on each side, a dark orange mini-skirt, a dark blue belt, and pale grey shin guards. In addition to the typical forehead protector, she also wears a small pendant that looks like a snake fang and a wristwatch.

Years after the Fourth Shinobi World War, she puts on weight and starts wearing red lipstick. Her mesh body suit is replaced with an orange blouse with a white coat cape over it.

Anko is noted to be similar to Naruto Uzumaki, both being loud, stubborn, and prone to acting without thinking. Naruto himself is somewhat unsettled by her because, when he mocked her during their first meeting, her immediate response was to throw a kunai at him and lick the blood from his resulting wound. Despite her personality quirks, Anko has a strong commitment to her village and mission, often choosing to face threats alone in order to buy time for her allies to escape or for backup to arrive. This is particularly true in matters relating to Orochimaru: although she admired him when she was a child and aspired to be like him when she was older, she now believes it is her obligation to use the same jutsu he taught her to bring him to justice. The Third Hokage insists that Anko shouldn't blame herself for anything that Orochimaru does.

While mellowing out by the New Era, even playfully telling Kakashi to enjoy reading Make-out Paradise, Anko can still be intimidating when it calls for it. 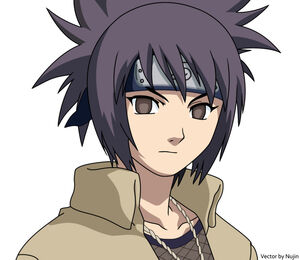 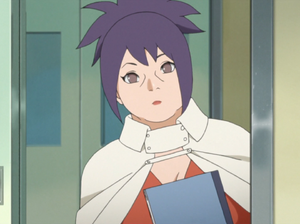 Anko in Boruto: Naruto Next Generations.