Heroes Wiki
Register
Don't have an account?
Sign In
Advertisement
in: One Piece Heroes, One-Shot, Anime Heroes,
and 22 more

Playing and spending time with Balloon.

Escape the Spiel Pirates with Luffy (all succeeded).

Ann is a minor character in Romance Dawn, version 2 of the anime and manga series One Piece. She is the friend of Monkey D. Luffy with travel on her strange bird named Balloon, the bird just looks like a panda crossed.

She was voiced by Akemi Okamura in Japanese.

Ann has light blue eyes and wears her pink clip with the short blue hair topping. She has dark blue sleeves with a white shirt, a light blue short skirt with aqua lines has her hips, black socks with grey lines, and dark yellow shoes with white lines.

Much like Nami, Ann has a short temper, easily getting annoyed when Luffy did something stupid but she is also brave and kind-hearted.

Ann has much enough powers to survive these trials at sailed away from this area is unable to escape has a Balloon's helping for Spiel's revenge.

Ann's entire hometown was destroyed by Spiel and his crew with the exception of her and her pet, Balloon but she's later captured in Spiel's ploy in luring Balloon back to her. With Luffy's help, both she and Balloon are freed.

Ann is the author's second attempt to look like Nami's side character, and unlike Silk, they will not sign said that he has more information to make Ann joining at Luffy's adventurer. The background is nurturer for Nami's much than Silk's, has no information at spouses in all. However, she lives in her hometown is targeted by pirates, unlike Silk and Nami, Ann is the only teenager who has a left side. 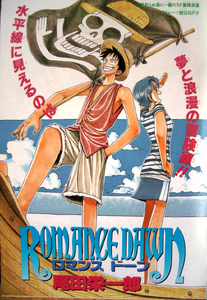