Caring animals.
Hanging out with her big brother Leo and friends.

Various dependent in every episode (succeeded).

Annie is one of the main characters from Little Einsteins. She is the younger sister of Leo. Her friends are Quincy, June and Rocket. She also has other friends, but they aren't human: a few of her friends are Little Caterpillar, Little Red Train and Purple Plane.

She was voiced by Natalia Wojcik and Kirstey Hickey.

Annie is a 4-year-old (in Season 1) , 5-year-old (in Season 2) girl who is the youngest and the smallest of the group. She has blonde hair with pigtails bounded by pink bows, blue eyes, and wears a blue jean dress with a green shirt under it, and she wears magenta and white shoes on her feet.

But in Season 2 her outfit changed: her shirt went from green to light blue, her dress went from blue to pink and her shoes went from magenta and white to blue.

Annie cares deeply for her friends and her big brother Leo, just like the rest of the team. She is caring, optimistic, and friendly. She also loves singing and animals, except for bats and spiders, which are her fear. 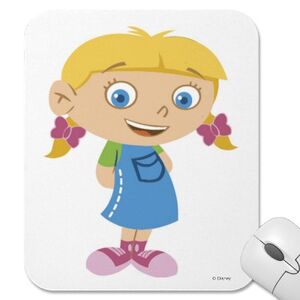 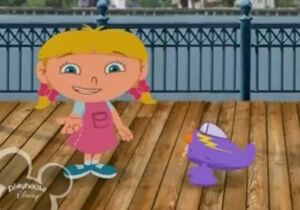 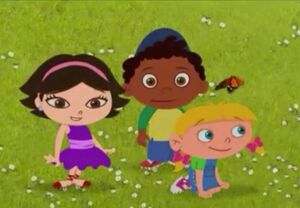 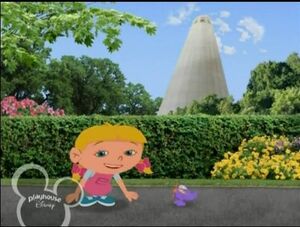