Annie is the main protagonist of the musical of the same name and its three film adaptions and the sequel to one of them. She is an orphan (who doesn't know it at first) whose goal is to look for her parents (whom she doesn't know are dead).

In the beginning of the story, Annie lives in an orphanage under the thrall of the diabolical Miss Hannigan and is determined to find her long-lost family. One day, she sneaks out of the orphanage and befriends a lost dog she names Sandy. An encounter with a treasured billionaire named Oliver Warbucks (Will Stacks in the 2014 adaptation) gives her a golden opportunity (such as going to the movies in the Radio City Music Hall and meeting the Roosevelts FD and Eleanor). However, Miss Hannigan and her wicked accomplices plot to hunt down Annie. After a tremendous adventure, Annie finally gets the family she dreamed of. 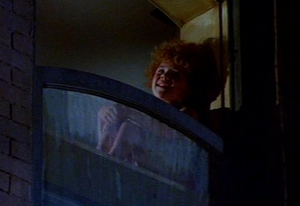 Annie longing for a family 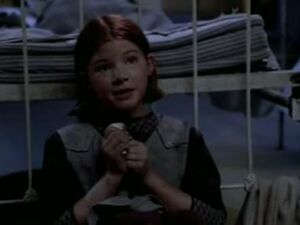 Annie as portrayed by Alicia Morton in the 1999 Disney 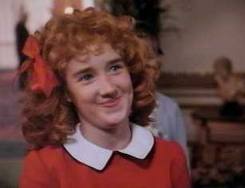 Annie in the sequel, played by Ashley Johnson. 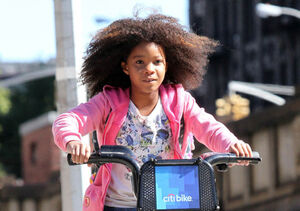 Annie played by Quvenzhane Wallis in the 2014 remake 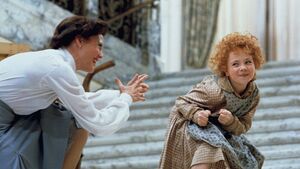 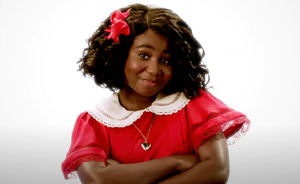 Annie in the 2021 NBC Live show, played by Celina Smith