She is voiced by Nan McNamara.

She joined the COG army to follow in her mother’s footsteps, but unlike her mother, she did not serve as a frontline Gear. Stroud instead became a communications officer and served in her mother's unit during the Pendulum Wars. There she met Marcus Fenix and formed a love interest with him, and also became friends with Dominic Santiago. She took part in the Battle of Aspho Fields, where she listened to her mother dying over the communications link.

Anya continued to serve as a controller in the CIC during the Locust War, and was heartbroken when Marcus Fenix was tried as a deserter and sent to prison ten years after Emergence Day. When the Lightmass Offensive began, she was briefly reunited with him after Dom broke him out of jail. She operated as his squads' controller during the Operation, helping them deploy the Lightmass Bomb.

She reconnected with Marcus in the following months, and was made sure she was always on duty when he was. During Operation: Hollow Storm she again guided Delta through their battles, and escaped the Sinking of Jacinto. As the COG began to rebuild after the apparent victory over the Locust, Anya and Marcus grew closer, and she began to train to become a frontline Gear, while still serving as a controller. However, when the Lambent emerged, Anya fully embraced being on the frontline, and fought alongside Marcus in Delta Squad.

Anya Stroud was born on 22 B.E. presumably on Tyrus, and is the daughter of Gear Major Helena Stroud and an unnamed father, and the latter wasn't present in her life. As a result, Anya was raised by Helena alone, and despite her mother being the scion of the Stroud Family, she raised her daughter in a small apartment in Jacinto City.

During the Pendulum War, Anya joined the Coalition of Ordered Governments Army to fight against the Union of Independent Republics, wanting to fight them on the frontline. Despite joining the army as a cadet officer, she became a CIC controller, and would support soldiers on the ground. When her mother brought her and another cadet to see the 26th Royal Tyran Infantry. Anya met Marcus Fenix during the visit, and the two became attracted to each other, and later briefed gears on the weather conditions two days before Operation Leveler.

During the Battle of Aspho Fields, Helena sacrificed herself, and despite her death continued her duties to help the gears. Five weeks after the battle, Anya was presented with her mother's Embry Star, and she was comforted by Marcus and Dom Santiago. When Marcus' father, Adam Fenix, asked if she was going to donate her mother's medal to a museum, she declined, stating it was the only thing she had left of her. Later on, Anya and Marcus began a romantic relationship, despite the two violating regulations of enlisted gears and officers. Though the two kept their relationship a secret, everyone seemed to know, but didn't care.

Anya saw the Locust Horde when they come from the ground, and was with Victor Hoffman and Minh Young Kim when they were fighting against them. One year after E-Day, Anya found it odd that Hoffman recalled all units to the Jacinto Plateau, and later realized the COG were going to use the Hammer of Dawn. Minutes before the counterattack, Anya informed Hoffman that there was no sighting of his wire returning to the safe zone.

Nine years later, Marcus was put on trial for abandoning his post to try to save his father during the Battle of Ephyra, and as a result, was sent to Jacinto Maximum Security Prison. Marcus told Anya not to visit him, and she wrote him letters for the four years he was in prison, but he wasn't able to get a couple of them due to a guard burning them. Despite believing him to be dead, Anya never began a relationship with anyone else, and supported Dom who had lost his family during E-Day. In addition, Anya would help Dom look for Maria, who had vanished after suffering from depression, due to losing her children.

During the Lightmass Offensive, Anya was stationed at the CIC in Wrightman Base, and provided communications for frontline gears so they could receive orders from command. She would provide intel for Delta-One, a squad that was under the command of Minh Young Kim until he was killed by General RAAM at the Tomb of the Unknowns. Marcus would be promoted to the rank of sergeant, and Anya would communicate with him and the squad to set the Sonic Resonator in an imulsion facility. Though Delta-One succeeded in their mission, Colonel Hoffman informed them that the resonator didn't map out the hollow tunnels. Anya would provide communications to Delta on helping them track the Lightmass bomb that was placed on a train to a imulsion sinkhole, where Marcus and Dom killed General RAAM.

During Operation: Hollow Storm, Anya continued looking for Maria despite getting bad leads on her location, which was last known to be at the medical facility in Jacinto. Stroud provided communications for Delta when the gears started an assault, which led to the sinking of Jacinto to prevent the Locust from sieging the city. Despite humanities pyrrhic victory against the Locust Horde, the COG was dissolved and the Lambent pandemic emerged.

When Chairman Richard Prescott returned on the CNV Sovereign, he gave Marcus a message from his father, who was revealed to be alive. The gears were then interrupted by the Locust and Lambent, who started to attack the ship, and Anya assisted the group in defending the Sovereign. The ship was mostly destroyed by a Lambent Leviathan, and Marcus contacted Damon Baird to assist them in destroying the creature with a crate full of tickers. After the attack, Anya and the group protected Prescott, who had suffered from fatal injuries from a Locust horde. Before dying, Prescott gave Marcus a key to a disc that would reveal more about Azura, which Baird stated was in the hands of Hoffman. Anya would travel to Anvil Gate with Samantha Byrne to defend it from the Locust, and also the Lambent.

After stopping the threat at Anvil Gate, Anya watched the completed message on the disc, and Colonel Hoffman advised them to get a submarine to get underneath the adaptive weather system on Azura. Seeing that they needed fuel, Dom offered that they traveled to Mercy, Maria's hometown. At Mercy, Anya and the group were attacked by Lambent humans until Dom sacrificed himself so the others could start the Locust. The gears traveled to Chair when they ran out of the fuel, and managed to collect some from Aaron Griffin, who was angered that his base was attacked by the Locust when the gears arrived. Reaching to Azura, Anya participated in the final battle where Adam Fenix used the Imulsion Countermeasure weapon to defeat the Locust and Lambent, and saw Marcus kill Queen Myrrah with Dom's commando knife. Anya then comforted Marcus, reminding him that humanity had a tomorrow despite their losses.

After the Locust War, Anya was promoted to the rank of major and participated in burying the Locust bodies, as the creatures' body became crystallized in cocoons. Anya married Marcus and became the first prime minister of the reformed Coalition of Ordered Governments, and helped rebuild humanity with Baird, who became created his own company called DB Industries. Anya refused to let weapons like the Hammer of Dawn be used or built, as she didn't want the Hammer of Dawn Strikes to ever happen again. She would meet Mina Jinn at one of the remaining Stranded camps, and decided to take Jinn under her wing as a protégé. Jinn would become the Minister of Procreation and started the fertility program, which would undo the effects of women who were barren.

Anya went through the procedure to help repopulate humanity, allowing her and Marcus to have a son named James Dominic "JD" Fenix. She would continue serving as the first minister of the reformed Coalition while Marcus stayed at the Stroud estate, as he didn't trust the new government despite it being run under his wife. JD would spend much of his youth at boarding school, where he befriended the orphan Delmont "Del Walker", who would be see as a honorary member of the Fenix family. When Anya went through another procedure to have another child, she died of unknown causes, causing Marcus to suffer from depression. Marcus then had her buried at the Stroud estate instead of the Allfathers of New Ephyra, which upset Jinn, who wanted Anya to be a symbol for the new generation.

Marcus and JD's relationship would become strained due to Anya's death, as Marcus went into a deep depression and distanced himself from his son and his friends. JD and Del would go on to join the Coalition military, which caused Marcus to disown him until the events of the Settlement 2 massacre. Despite distancing himself from his family and friends, Marcus kept Anya's gear armor, which he gave to Kait Diaz, telling her to take good care of it. 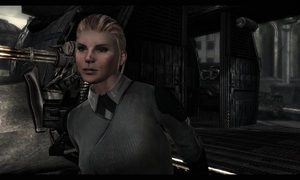 Anya in Gears of War. 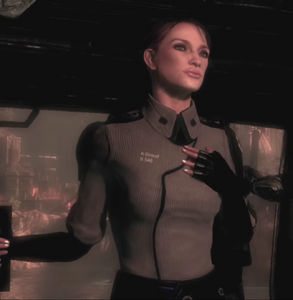 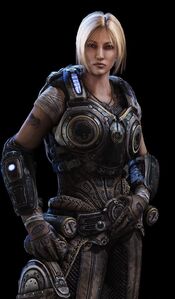 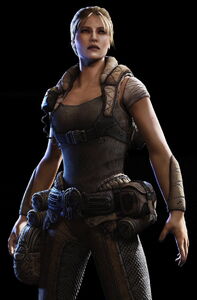 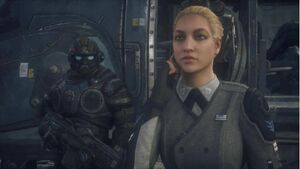 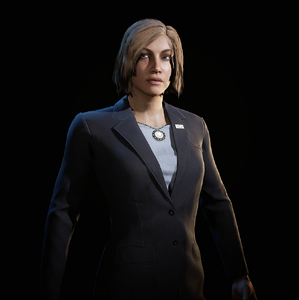 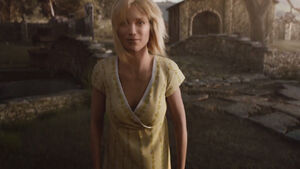 Anya in Gears of War 4 trailer. 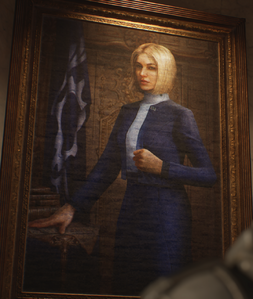 Anya Stroud as First Minister of the re-constituted COG. 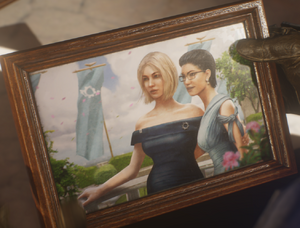 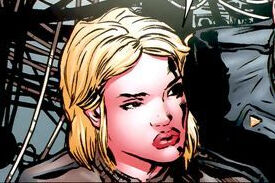 Anya in the comics.