Aoi Tsubaki is the main character of Kakuriyo -Bed & Breakfast for Spirits-. She is a college student who has the ability to see Ayakashi (yokai), a trait she inherited from her deceased grandfather.

She is voiced by Nao Tōyama in the Japanese version and Emily Neves in the English version.

She has brown hair and purple eyes.

She has a caring personality but has shown she can be stubborn and brave, preferring to work to pay her grandfathers debts rather than marry Odanna.

When she was child, she is being abandoned by her mother.

Shiro, who also taught her how to cook from a young age. Her greatest regret is that she was unable to share a final meal with her grandfather and that his last meal was poor quality hospital food.

Since her grandfather's death, Aoi walks past a torii shrine, she sees an Ayakashi sitting there who announces that it is hungry. However, after giving it food, Aoi is kidnapped by the Ayakashi, an Ogre called Odanna. He takes her to the Hidden Realm, a world where all the Ayakashi live. He tells Aoi that her grandfather owed him a debt, and as compensation, she must marry him. Aoi negotiates with the Ogre instead, asking to work at the ogre's inn, the Tenjin'ya. 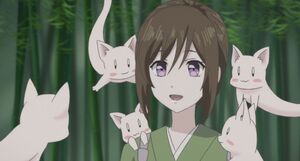 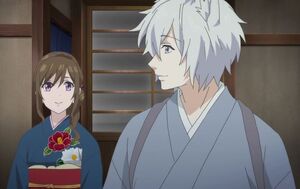 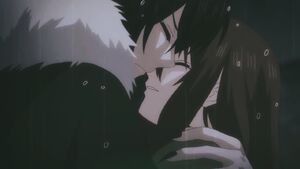 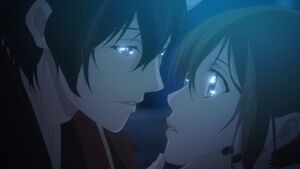 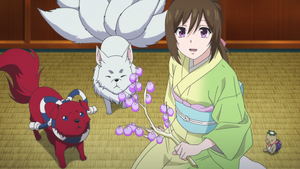 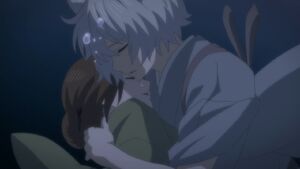 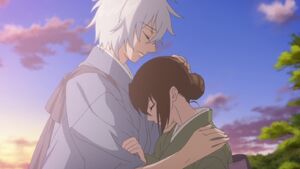