Deity
Apollo is the son of Zeus (Greek God of the Sky) and Leto, the twin brother of Artemis (Greek Goddess of the Moon), the Greek God of the Sun, Music, Poetry and Prophecy, a recurring character in the Rick Riordan book series Percy Jackson and the Olympians and The Heroes of Olympus and the main protagonist and narrator of their sequel series The Trials of Apollo.

In the first The Trials of Apollo book "The Hidden Oracle", Apollo is transformed into a mortal teenager named Lester Papadopoulos by Zeus and is banished to Earth. Following this, Apollo, accompanied by a 12-year-old demigod named Meg McCaffrey (a daughter of Demeter, the goddess of agriculture) to Camp Half-Blood where he lives in the cabin that houses his demigod children. He also learns that a being called The Beast (who had been responsible for killing Meg's father) is planning to destroy the Oracles. Near the end of the book, Apollo learns that the Beast is the Roman emperor Nero, a member of The Triumivate Holdings (a group made up of the three worst Roman emperors). He also discovers that Meg is Nero's stepdaughter, who believes that Nero and The Beast are two separate people. 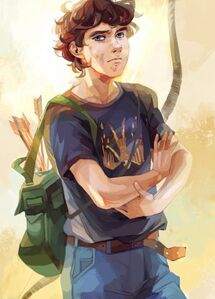 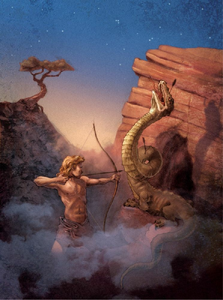 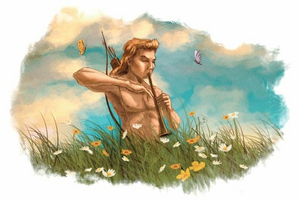