To help the Teen Titans save the world from evil threats (succeeded).

Aqualad is the supporting character from the 2003 animated TV series, Teen Titans. He is a young superhero from Atlantis and a founding member of Titans East.

He was voiced by Wil Wheaton, who also voiced Martin Brisby in The Secret of NIMH, Ted Kord in Batman: The Brave and the Bold and Cosmic Boy in The Legion of Super Heroes.

Aqualad wears a blue and black turtleneck unitard with white zig-zag patterns all over it. Aqualad has long black hair that runs down to his shoulders, which always appears wet or slicked back even on dry land, and is fairly muscular. Aqualad appears to be very handsome, as Raven and Starfire were attracted to him as soon as they saw him.

Generally calm and collected, though fiercely determined to defend the sea, his home, Aqualad develops the strong sense of justice and, while he initially operates as a solo hero, he later becomes a member of Titans East.

In many aspects, Aqualad is a fairly noble-hearted, charming, calm and collected individual. He is extremely intelligent and a supergenius. He and Robin are the two most intelligent geniuses on the show. He has his doubts, but doesn't disrespect an authority's commands. He is fairly competitive, especially with Beast Boy, and is confident that he can accomplish whatever he sets his mind to. Aqualad doesn't seem to notice his good looks, and instead of bragging about it or trying to impress girls, he feels rather uncomfortable with girls who are infatuated with him. Beast Boy thinks he's a little arrogant with all the bluffing.

Aqualad is shown to have a strong fondness for sea creatures, especially fish. When presented with fish tacos from Speedy, Aqualad freaked out, stating that "those were probably friends of [his]!". and feels sick.

Aqualad is a marine telepath who once lived in the utopia of Atlantis. He can communicate with fish using his telepathic powers, though these powers are susceptible to nullification from the human-affecting psychic ones of Brother Blood.

He was first seen in "Deep Six", when the Titans went underwater to stop the villain Trident. When Trident blasted their T-Ship towards the point where the engines stopped working, Aqualad summoned two whales to save their ship. This hit Beast Boy's nerve because it was supposed to be his mission. Aqualad took them to his home, where he called upon his companion, Tramm, to help fix the ship. Starfire and Raven developed crushes on him soon after. While the Titans stayed at Aqualad's base, Beast Boy and Aqualad went to look for Trident. Because of Beast Boy's jealousy, their mission was somewhat hindered and they did not cooperate like a team until Aqualad said that he was not better than Beast Boy. They managed to find Trident's base and found many "eggs" on the ceiling of Trident. This is how he was cloning himself. Aqualad and Beast Boy managed to escape, and just when things seemed hopeless, the T-Ship arrived, fully repaired thanks to Tramm. The T-Ship blasted the cave, blocking the Trident clones and preventing them from escaping. Soon after, Robin gave Aqualad a communicator, For being an honorary Titan and the episode ended with Beast Boy and Aqualad racing.

He appeared again in "Winner Take All," where he fought against Speedy and lost.

He appeared again in "Wavelength", where he tracked Brother Blood's new base underwater. His Telepathy gets jammed. He and Beast Boy went to disable the force field shielding the sonic cannon Blood was going to use to destroy Jump City, but they had to be rescued from a crushing wall first.

Aqualad isn't seen again until the episode "Calling All Titans!" when Robin established the communication system. Shortly after, when the Brotherhood of Evil unleashed their plans, Aqualad was attacked by Plasmus and Trident. He managed to hold his own for a little while, but even when Tramm came to help, both were defeated and flash-frozen at the Brotherhood base.

When Beast Boy led Pantha, Mas, Jericho, and the Herald to the Brotherhood base, Mas managed to reach Menos and together, the two unfroze the captured Titans. Aqualad was seen washing away General Immortus and his robot army. After the Titans' victory, Aqualad socialized with the rest of the Titans at the Tower and later helped in the capture of Doctor Light.

Aqualad made a small cameo in Teen Titans: Trouble in Tokyo, where he waved at the T-Ship from the sea. 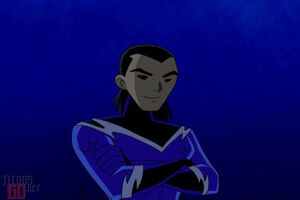 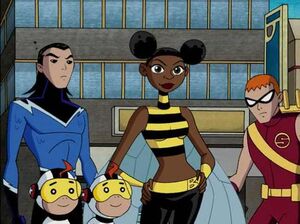 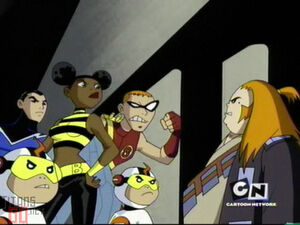 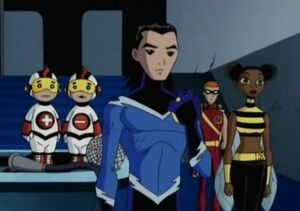 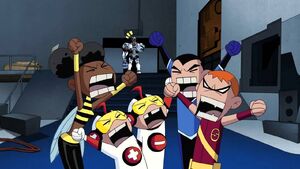 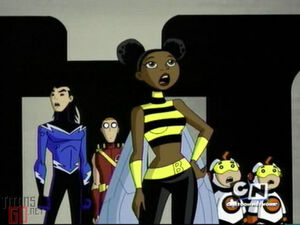 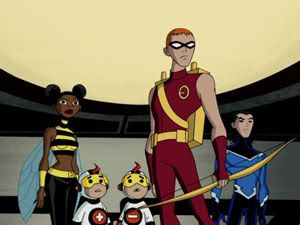 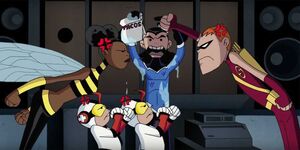 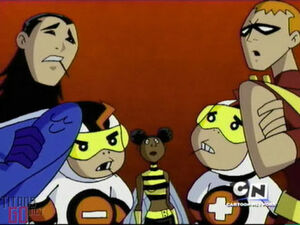 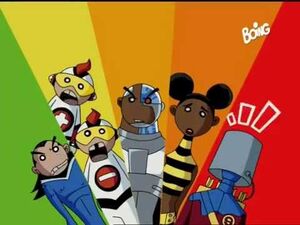