Arcee is a major character in Transformers Energon, serving as the leader of the Omnicons.

A headstrong and feisty Omnicon, Arcee is eager to prove she's as capable a warrior as any other Autobot. She can manipulate and refine raw energon easily; her mastery of the Energon Bow is almost legendary. Unlike other Omnicons, there are not lots of her.

Arcee was evolved though the power of Energon as a feminine idol for the Onmicons to aspire to as they mined Energon. 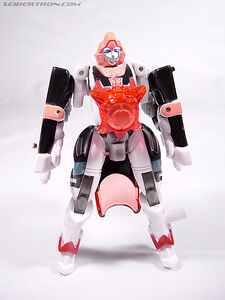 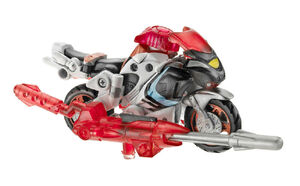 Add a photo to this gallery
Retrieved from "https://hero.fandom.com/wiki/Arcee_(Energon)?oldid=1698039"
Community content is available under CC-BY-SA unless otherwise noted.