Heroes Wiki
Register
Don't have an account?
Sign In
Advertisement
in: Articles under construction, Article stubs, Female,
and 6 more

Animated:The Thrill of the Hunt

Arcee is a recurring character in Transformers Animated. A former teacher, she was drafted as an intellence officer in the war with the Decepticons. She is voiced by Susan Blu, the original voice actress for Arcee. In the Japanese dub from the series, she is voiced by Ayahi Takagaki.

Formerly a schoolteacher to young Autobots, Arcee became an intel courier during the Great War, tasked with carrying the important codes for Project: Omega, a valuable resource that the Decepticons wanted. This job came to an abrupt end when Ratchet accidentally wiped her memory during the Great War, causing her to suffer amnesia. She isn't seen until later on when Megatron and crew manage to get their hands on her and the code. Fortunately, Sari and Ratchet restore her memory afterwards. 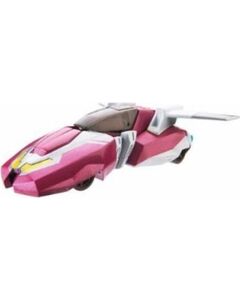 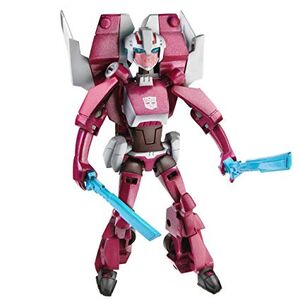