Founding Member of the X-Men, Founder and Leader of the X-Factor, Member of X-Force, Servant to Apocalypse (as a villain), Teacher at X-Mansion

Spending time with his allies

Angel, or sometimes called Archangel, is a character from the popular X-Men franchise, produced by Marvel Comics - he is a mutant named after his bird-like wings that are powerful enough to give him flight and he has a nature that is as kind and heroic as his namesake, ready to protect others from harm despite his rather difficult experiences in life.

Warren Kenneth Worthington III was born the son of the wealthy Warren Worthington Jr. Warren spent a lot of his time in boarding schools, where his wings first sprouted. He decided to use his powers for good, becoming a superhero known as the "Avenging Angel" when he was approached by Professor Charles Xavier and recruited as one of the five original members of Xavier's mutant superhero team; the X-Men.

After a massacre of the innocent Morlocks at the hands of the Marauders, Warren's wings were forcibly removed. Depressed and suicidal over the loss of his wings, Warren was approached by the ancient mutant Apocalypse. Apocalypse brainwashed Warren and turned him into one of his Horsemen; Death, crafting techno-organic wings for him, that made Warren stronger than ever. He began using the name Archangel.

Warren was eventually shocked out of his brainwashing, and regained control over himself and rejoined the X-Men. He would continue to struggle with his Archangel persona however, which would occasionally manifest itself. After his wings were sliced off once again, the Archangel persona resurged. Through therapy, Warren was able to keep himself in control, until a mission gone wrong in which Apocalypse was killed. Killing Apocalypse triggered an "ascension protocol" designating Warren as Apocalypse's successor.

The Archangel persona completely took over Warren, and Archangel enacted a plan to destroy all life on Earth and use technology to hyper-evolve new life on Earth. He was stopped by X-Force, who seemingly killed Archangel. However, in doing so, they created a new person from Archangel's body; an amnesiac Warren. Warren was taken to the school in order to recuperate, as he was under the belief that he was now a real angel. 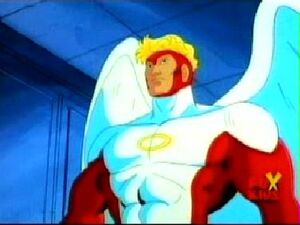 Angel in the X-Men animated series 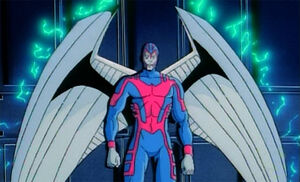 Archangel in the X-Men animated series 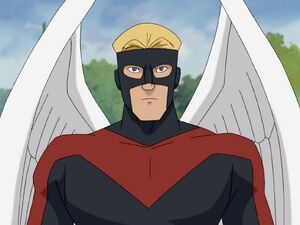 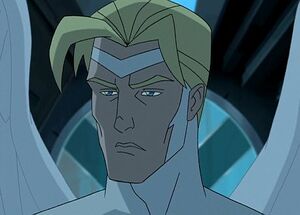 Angel in Wolverine and the X-Men 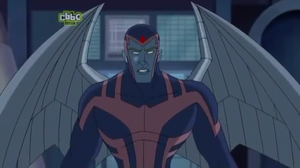 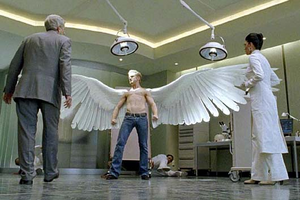 Angel as he appears in the X-Men movie series 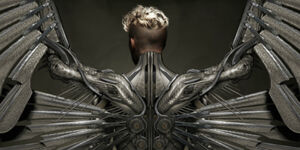 Archangel in X-Men Apocalypse
Add a photo to this gallery 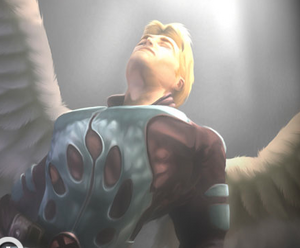 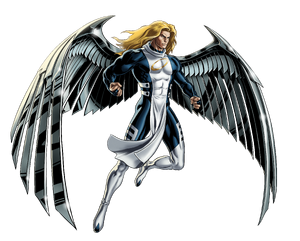 Angel in Avengers Alliance
Add a photo to this gallery

Retrieved from "https://hero.fandom.com/wiki/Archangel?oldid=1783341"
Community content is available under CC-BY-SA unless otherwise noted.