Professor (by Clayton)
Daddy (by Jane)

To study gorillas (formerly)
To live in the jungle

Parent
Archimedes Quincy Porter is a character from Disney's 1999 animated film, Tarzan. He is an English professor and Jane Porter's father who ventures into the African jungle to search for and study gorillas.

He was voiced by the late Nigel Hawthorne in the original film, and Jeff Bennett in the TV series.

Professor Porter was an incredibly brilliant, yet also very eccentric, ditsy and excitable man. However, he was also very kind, helpful and friendly and he loved his daughter, Jane, very much. He had much fascination and knowledge about zoology and primates, particularly gorillas, and he had much care for them, as he is shown to be infuriated upon knowing Clayton's true intentions for them. He is also very brave, as he rushes in with Tantor to confront Clayton and help Tarzan battle him and his traitorous men. 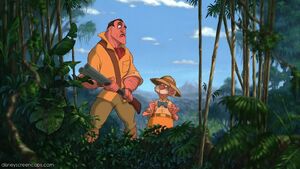 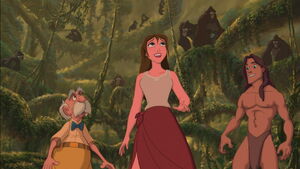 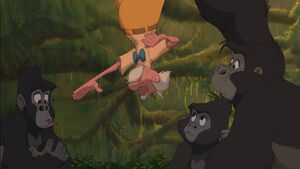 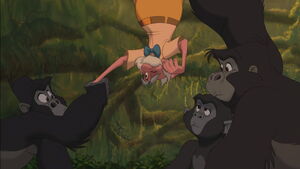 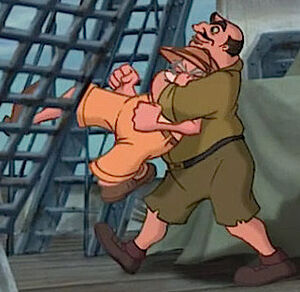 Porter captured by Clayton and his thugs. 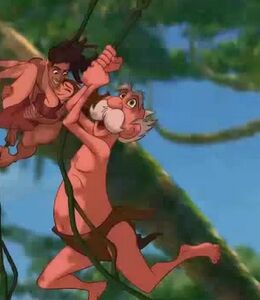