Arcueid Brunestud is one of five main heroines of Tsukihime, and often considered its "main" or "default" heroine - in any case, she is the most popular Tsukihime heroine. She is the eponymous Tsukihime (Moon Princess), as evident by the title of her "True Ending." She also has important roles in Kagetsu Tohya and the story mode of Melty Blood.

She is voiced by Hitomi Nabatame in the Tsukihime anime and by Ryōka Yuzuki in Melty Blood.

Often called the Princess of the True Ancestors or White Princess, Arcueid is a vampire born as a living weapon to hunt down and destroy the True Ancestors who went rogue and the Dead Apostles, other formerly human vampires created by her kind. Shiki meets her the day after he cuts her to pieces, at which point she introduces herself in an oddly cheerful manner. Due to Shiki nearly killing her, she's temporarily vulnerable but still strong enough to kill him, so she strongarms him into helping her destroy the vampire she is hunting. Over the course of their temporary relationship, Arcueid gets the chance to really see the world for the first time due to sleeping almost all of her very long life.

Arcueid is shown to be a whimsical individual who, although knowing the basics of the modern era, does not seem to know about social norms. She won't involve normal humans in her business and only kills vampires, but she's not exactly doing it out of the kindness of her heart. Likewise, Arcueid refrains from killing the vampires she and Shiki know because he would get mad if she did. Her chief motivations in Tsukihime are revenge and not really having anything better to do.

During the original draft of of the basis for Tsukihime, Arcueid was a cold stereotypical vampire compared to her cheerful self in Tsukihime. The tone of the story lacked any sort of loving tone, and not much of it remained in Tsukihime.

Upon developing the story for Tsukihime, they pictured Arcueid as a cool and princess-like "Noble Vampire", but thought that it overlapped with Akiha's "Lady" character. All of the heroines spoke politely to the main character, so they figured that the only character who could fit the role of someone who didn't speak politely would be Arcueid. They eventually came up with the idea of a "pure white" vampire that developed her character very differently from the original version.

While the name bears a resemblance to "Alucard", a common name in vampire stories created by reversing Dracula's name, "Arcueid" is actually just a name they had planned to give to a different character in a different story. They used a model when creating her design. During college, Takeuchi Takashi saw a foreign model in a fashion magazine who left an impression on him. He wished to work her into one of his characters no matter how much trial and error even with only the one vague image.

Arcueid Brunestud is the White Princess of the True Ancestors. The title of Brunestud was given to those True Ancestors capable of manifesting the Millennium Castle Brunestud, and has been likened to be the vampire royal family, although this is not strictly true. The True Ancestors were a race of beings copied from TYPE-MOON, the ultimate being of the moon, also known as the Crimson Moon. Long ago the planet had no defense mechanism against humanity, nothing to keep them in check. Thus the Crimson Moon came down and offered to help the planet make a race of ultimate beings to rule over humanity, thus resulting in them being the 'consciousness of the planet.' True Ancestors are likened to occurrences such as earthquakes and typhoons rather than individuals as their "...actions, while evil and without justification, would come as naturally to her (Arcueid and other True Ancestors) as breathing." However the race was fundamentally flawed, they had a desire to drink blood that the original, the Crimson Moon had. The True Ancestors needed to use a large portion of their power to suppress this impulse, but as there was no cure, and with passage of time the impulse grew, more and more True Ancestors fell and began drinking blood indiscriminately, while others most likely went into eternal sleep.

The True Ancestors didn't have a specific reason in creating Arcueid. They normally only mold new True Ancestors to fit specific needs. There was no need for a being as strong as her, but in the end, she originated from nothingness, simply as a product to realize the pointless goal of "the strongest True Ancestor." They used her great strength to make her into a weapon, the executioner of the fallen True Ancestors and of the most powerful Dead Apostles. According to Ciel, this happened in the 12th century AD, when the number of fallen True Ancestors was very high. She was able to perform this duty splendidly, but she was nothing more than a tool. She was taught nothing beyond what she needed to know to hunt her targets, to the extent that she even ignored the fact that she was the same kind of creature as those she was supposed to destroy, and went to sleep after every kill, with her accumulated memories erased.

As the executioner, she did not have any vampiric impulses, and the rest of the True Ancestors also believed she had none. A priest from the church seeking perfect immortality, Michael Roa Valdamjong, needed to become a Dead Apostle to continue his research as he had already reached the potential of his human body. Arcueid, ignorant of her nature as a vampire and the consequences of drinking blood, was easily tricked by Roa into drinking his and turned berserk, wiping out most of the True Ancestors, turning Roa into one of the strongest Dead Apostles and having a considerable portion of her power stolen by him, before she managed to regain her sanity long enough to chain herself to the throne and go to sleep. From then on she had to suppress her urge to drink blood like any other True Ancestors. The rest of the True Ancestors were wiped out either by Roa or the rest of the Dead Apostles, who made a game of trying to assassinate their creators.

As the most powerful True Ancestor ever, Arcueid possesses super speed, strength, durability and resistance to attacks she has experienced before, higher power during the night and an extremely flexible ability called the Marble Phantasm. 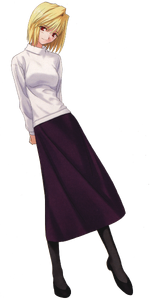 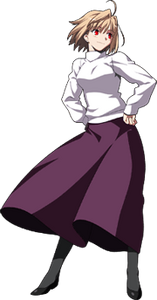 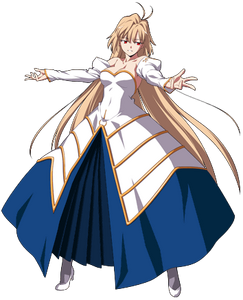 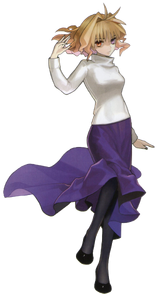 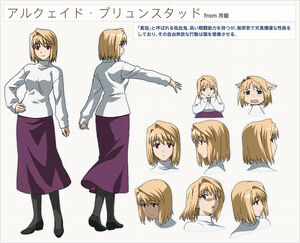 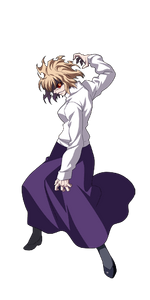 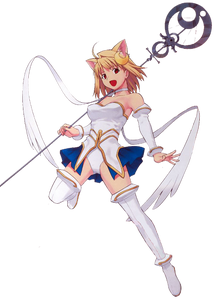 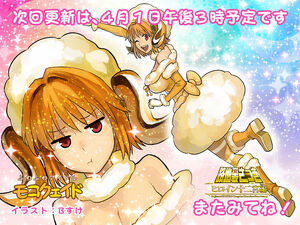 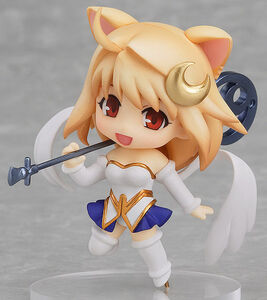 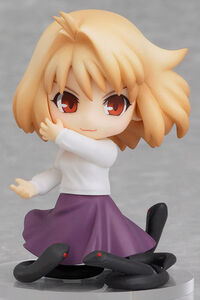 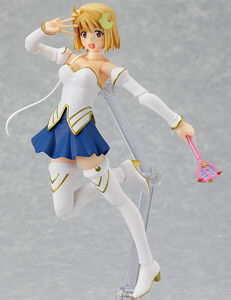