Ari Hauntington is a 2016-introduced and all-around character. She's a ghost, who can disguise herself as human popstar Tash, and made her debut in the movie Welcome to Monster High.

Ari wants to express herself with her music. She is best friends with Deuce Gorgon, Ghoulia Yelps, Draculaura, Frankie Stein, Cleo de Nile and Catty Noir. Her favorite food is gelatin due to its half translucent, half solid appearance and form, because she herself is a ghost who can turn into a human. She speaks with an English accent.

Ari is a ghost girl; with pale white skin, long wavy purple hair with a braid along each temple that goes past her waist, and blue eyes with pink in the center. Her main outfit is a midnight purple and magenta dress, with music staffs and notes crossing in a diamond print. There's also a silver belt in the form of a music staff containing notes around her waist, with two silver chains ending in tassels hanging off it. Her dress also features a midnight purple frill at the neck in a piano key pattern, and a black frill at the hem. She also has bright fuchsia translucent boots circled around the top with a braid; with three pink beads ending in a tassel, and a big pearl like bead hanging off two beads hanging off each one.

In her human form, she has light tan skin that is the color of light mocha, sandy blond hair (braided on one side) that fades into magenta, and magenta eyes (since this is not a typical human eye color, this may hint that she is not as she seems). She also wears a purple and silver dress.

Under her persona Tash, she is a very well known singer. Draculaura is her number one fan. Draculaura even crashes into a pole while flying due to being distracted by a Tash poster. Moanica dares Draculaura that she'll drop out of the student council race if Draculaura can convince Tash to perform at the school dance. Clawdeen, Frankie, Lagoona, and Draculaura conceive a scheme to stop Tash's bus, but once she sees Draculaura's fangs she screams for security. Draculaura is heartbroken that her idol rejected her.

Moanica later kidnaps Tash to show the student body how humans despise monsters, and to turn her into a zombie for her army. A fight breaks out between Moanica's "Zomboyz" and the students, and Moanica jumps at Tash with her claws. Moanica flies through her, and she reveals that she was a ghost the whole time and her real name is Ari Hauntington. Moanica is embarrassed and leaves the school, plotting revenge. Ari then performs a musical number for the students. 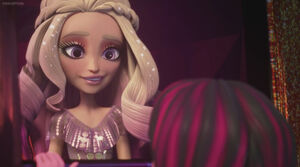 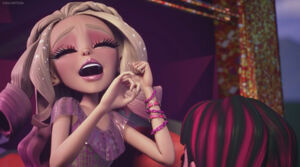 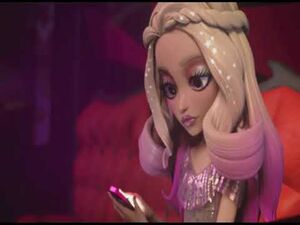 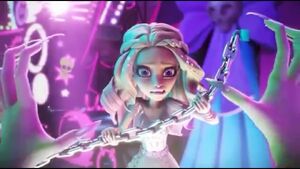 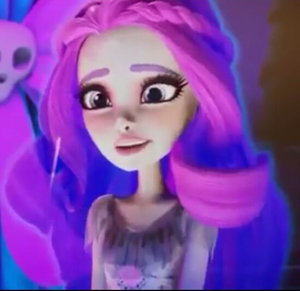 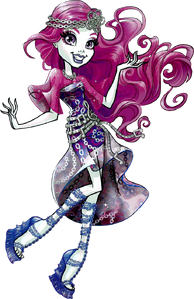 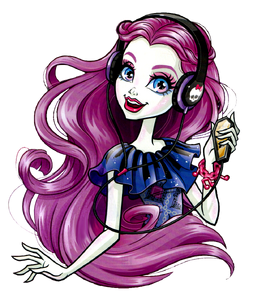 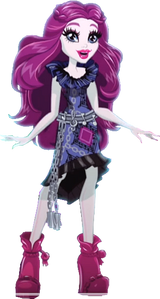 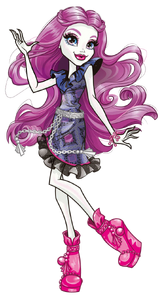 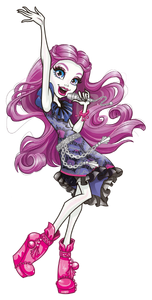 Retrieved from "https://hero.fandom.com/wiki/Ari_Hauntington?oldid=1622171"
Community content is available under CC-BY-SA unless otherwise noted.