Motivating and inspiring other people
Her Pokémon

To defend her title of Kalos Queen


To make people smile with her performances

Aria (エル Elle), also known by her alias Ariana (エレーナ Elena) is a supporting character from Pokémon The Series: XY. She is a famous Pokémon Performer and the current Kalos Queen.

She was voiced by Marina Inoue in the Japanese version, and by Lindsay Sheppard in (episode 47-90) and Eileen Stevens in (episode 105 and current) (who also voiced Iris and Palermo in the same franchise) in the English version.

Aria's debut appearance was in A Pokévision of Things to Come!, where she appeared in a Pokévision video with her Fennekin. Her Pokévision videos were shown to be very popular in the Kalos region, often being in the top 10 most watched ones. Ash, Serena, Clemont and Bonnie watched her first place video, which inspired Serena to try and make a Pokévision video of her own.

She made a reappearance in Day Three Blockbusters!, where Shauna recounted how she had gone from making Pokévision videos to being a Pokémon Performer, although she said that she still makes Pokévision videos specifically meant for her fans.

Her first appearance in person was in Dreaming a Performer's Dream!, where she gave an exhibition performance in the Rookie Class Showcase in Lagoon Town, which Ash, Serena, Clemont, Bonnie and Shauna were watching. The performance started with her Braixen exhibiting her Fire-type moves. Next, Aria and Braixen tossed the latter's branch back and forth between each other, and Aria had Braixen finish the performance with a Fire Blast.

She made an appearance in Serena's flashback in A Race For Home!, when Serena remembered her performance at the Lagoon Town showcase while training for her debut as a performer.

She reappeared in Battling with Elegance and a Big Smile!, wearing a disguise and going under the alias of Ariana in order to avoid drawing attention from her fans and the press. When Serena was having insecurities about her abilities as a performer, Aria approached her and told her that girls should always smile because that makes them appear beautiful, and then praised her for her smile being "the most joyful of them all". She later faces Serena in a Double Battle, using her Delphox and Aromatisse against Serena's Fennekin and Pancham, during which Serena's Fennikin evolved into a Braixen. However, Aria was eventually called off and forced to part ways with Serena, leaving their battle unfinished. The next day, she was seen performing in a Showcase in a video, and Serena realized that Aria and Ariana were one and the same.

She reappeared in Performing with Fiery Charm!, where she watched with her Pokémon as Serena performed in the Rookie Class Pokémon Showcase in Dendemille Town. She appeared next in Tag Team Battle Inspiration!, performing on television with her Delphox and Aromatisse.

In Party Dancecapades!, Aria attended a dance party hosted by Monsieur Pierre, in which she was his dance partner. Being the guest of honor, Aria led the first dance, which served as the opening for the dances of the other performers and their partners. When everyone started changing partners, Aria danced with Ash.

Aria appeared for the final time in Master Class is in Session!, where she appeared Showcase Master Class being held in Gloire City, due to being required to defend her title. Because of her being the current Kalos Queen, she was given a spot in the finals by default. In Performing a Pathway to the Future!, after Serena won against Shauna and Jessilee in the semifinals, she and Aria faced off for the title of Kalos Queen. Aria's performance enchanted the audience and won easily, successfully defending her crown. Aria and Serena declared themselves as friendly rivals afterwards.

Aria is a very joyful, energetic and cheerful character. While performing, she tries to make her audience smile. She know how to motivate and inspire others, and these personality characteristics, along with her skills in performing, led to her being successful in the world of Showcases.

She has a close relationship with Palermo, who acted as her mentor before she became the Kalos Queen, calling her her master. They keep in touch with each other and talk about promising, talented Performers.

Fennekin/Braixen/Delphox: Aria's first Pokémon, who she is shown to have owned since she was a performer in training. She first appeared as a Fennekin in the episode A Pokévision of Things to Come!, and evolved into a Braixen sometime between the events of that episode and Day Three Blockbusters!. In Battling with Elegance and a Big Smile, she was shown to have evolved into Delphox.

Aromatisse: Aria's second known Pokémon, who debuted in Battling with Elegance and a Big Smile!, where it and Delphox fought against Serena's Braixen and Pancham.

Vivillon: Aria's Vivillon made it's debut in Performing a Pathway to the Future!, where she used it in the Gloire City Master Class Pokémon showcase. 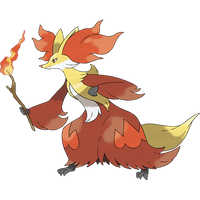 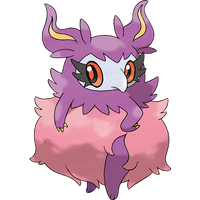 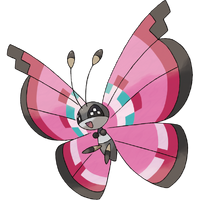