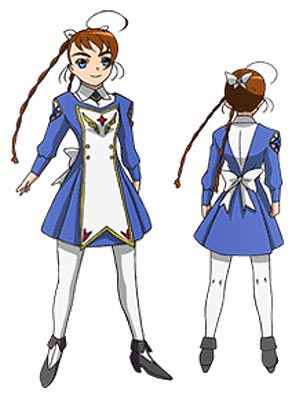 Arika Yumemiya is a fictional character and the protagonist of the Mai-Otome anime and manga series. She is first introduced in the first episode where she travels through the desert to Windbloom to find out more information about her mother, whom she was told was an Otome. After seeing the power of the 3rd Column, Shizuru, she decides to follow her mother and become an Otome. She is sometimes nicknamed Anty (Arinko-chan in Japanese) because her name, Arika, could be "蟻か" in Japanese, which means ant. The way her head turns into an ant's head is a way to show how she feels when someone calls her this nickname (which must have followed her all her life). She is voiced by Mika Kikuchi in Japanese and by Angie Beers in English.

Retrieved from "https://hero.fandom.com/wiki/Arika_Yumemiya?oldid=933431"
Community content is available under CC-BY-SA unless otherwise noted.