A student of a magic school

Sorceress
Arle Nadja is a young girl with magical powers. Her birthday is July 22nd. Being the protagonist in Madou Monogatari, she is also the protagonist of the early Puyo Puyo games. In the Madou Monogatari series, she is as young as five, but in the Puyo Puyo series, she is around 16. She attacks with elemental magic such as Fire, Ice Storm, and Thunder, but also knows some other magic such as Diacute and her signature Bayoen. Despite her design changing through out the series, Arle states that she wears the same clothes 365 days a year. Her favorite color is blue.

She is voiced by Reiko Kurusu, Mami Inoue, Minako Ozawa, Kotono Mitsuishi, Emi Motoi and Mie Sonozaki in the Japanese version, and by Ali Johnston and Erica Mendez in the English version.

Arle is a 16 year old girl with yellow eyes and orange hair with a ponytail, she is wearing a white and blue suit with a blue and red cape and blue and white boots 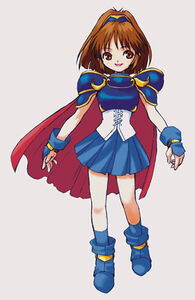 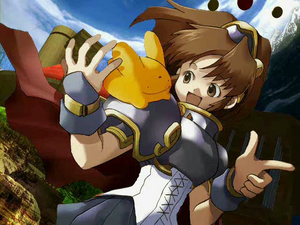 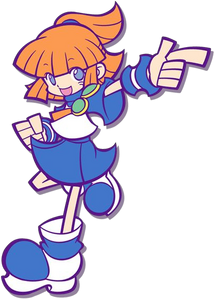 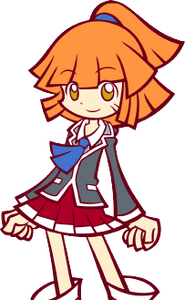 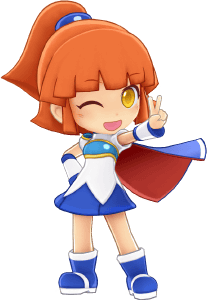 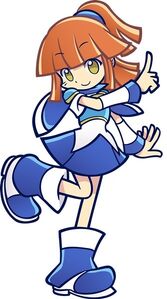 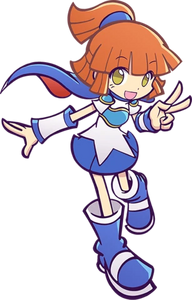