Adviser and guardian to Sailor Venus

No information
Artemis is one of the supporting characters of Sailor Moon series. He is the companion to Mina Aino.

He was voiced by Yasuhiro Takato in the anime television series, and Kappei Yamaguchi in the live-action series, and by Yohei Obayashi in Sailor Moon Crystal in the Japanese version and Ron Rubin (DiC/Cloverway dubs) and currently Johnny Yong Bosch.

He is a white cat with a crescent moon on his forehand.

He is more easy-going than Luna, and has a "big brother" relationship with Mina, although an attraction to her is sometimes implied. He also cares very deeply about Luna, often comforting her when she is distressed and stating his admiration of her. In addition, he is a good father to Diana, as evidenced by her affection for him.

When the kingdom falls, he and Luna are put into a long sleep and sent to Earth to look after the Sailor Guardians, who are reborn there.

Artemis gives Mina her transformation pen and trains her to become Sailor Venus. He remains by her side when she takes on her proper role as Sailor Venus. Luna contacted Artemis without knowing who he really was. He first guides Serena Tsukino through the Sailor V video game at the Crown Game Center arcade without revealing his true identity. When a technical problem reveals him, Luna is greatly annoyed to learn that he has been the one guiding her all along. Later, he fills Luna in on the details of her true mission.

He and Luna have an implied romantic relationship, which is confirmed when they meet Diana, who is their daughter from the future. 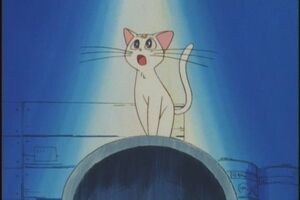 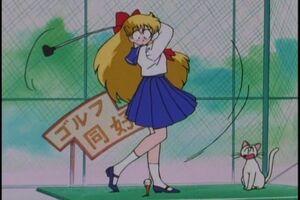 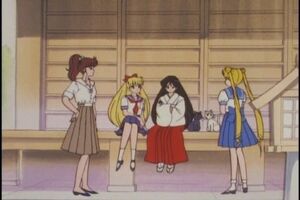 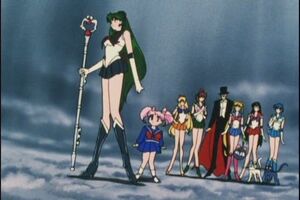 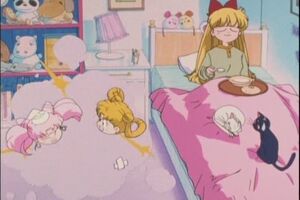 Geez, Those two girls never get along with each other. No they don't. 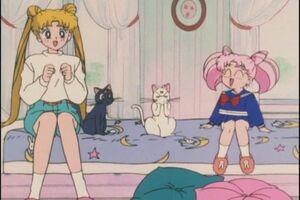 Very funny huh, Rini? Remind me to scratch you to death for this! 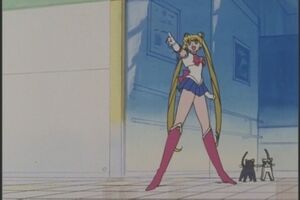 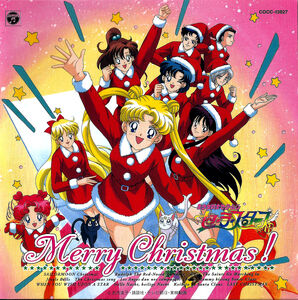