Mightiest knight in the kingdom

Rescue his Princess from the powerful demon lords like Astaroth.

Arthur is the main protagonist in the Ghosts 'n Goblins video games series. Making his debut in the original Ghosts 'n Goblins game, Arthur is a valiant knight faced with fending off legions of the undead and various other supernatural creatures. Arthur has bravely and valiantly faced powerful demon lords, such as Astaroth, Lucifer and Sardius, and lived to tell about it. Ultimately, he is the protector and rescuer of his beloved princess.

The most significant thing the player will notice as they control Arthur is the frequent loss of his armor. In the Ghosts 'n Goblins games, as soon as Arthur comes into contact with an enemy without successfully striking it, he will be reduced to his boxer shorts. This serves to warn the player that if Arthur does not find a way to get his armor back, the next hit from an opponent will be fatal. This usually turns him into a skeleton, and the game ends. Capcom's own Black Tiger shares the same gameplay mechanic.

In certain games in the series, it is possible to find Golden Armor, which is stronger than his regular suit. When coming into contact with an enemy while wearing it, Arthur reverts back to normal. Effectively, the Golden Armor gives the player an extra "life", so to speak. Also, when wearing better armor, he will find upgraded weapons instead of normal ones. In Super Ghouls 'n Ghosts, Arthur finds the Bronze (or Magic) Armor, which gives him the ability to add elemental magic to his weapons. He also can find the Moon and Sun Shields, which block one and three projectiles, respectively, before shattering.

In the game Cannon Spike, Arthur's armor is gigantic, with him operating it from within.

Princess Prin Prin has been captured by the demon Satan, and Arthur sets out to rescue her. After encountering dangerous demons and beasts, he eventually reaches the inner chambers of Satan's castle and defeats him.

Prin Prin had been captured by numerous powerful demons, and each time, Arthur once again emerges victorious despite the nearly insurmountable odds against him.

Arthur makes an appearance in Project X Zone. He is a support character for any of the playable characters.

The mightiest knight in the kingdom, Arthur is also known as the "Silver Knight". Always true to the knight's code, his daily training is his life. Though brave and dashing, he also keeps his cool of at all times. Even if the armor he wears is destroyed, he will continue to fight in just his underwear. Having entered the Makai in order to rescue the captured Princess, he scatted the demons standing in his way and finally faced off with their king, Astaroth. A few years after Arthur's victory, however, the Makai revived again. In order to save the soul of the Princess, again captured by the the friends, a fierce battle with the Makai starts once more. 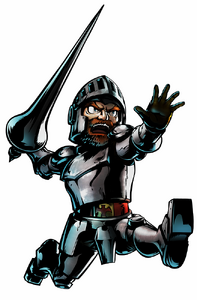 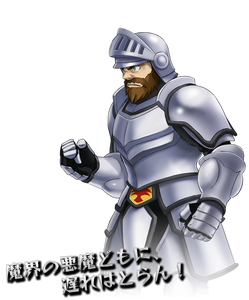 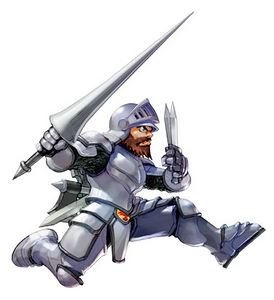 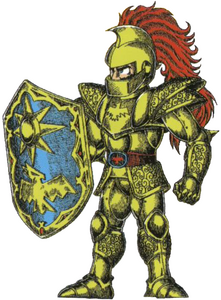 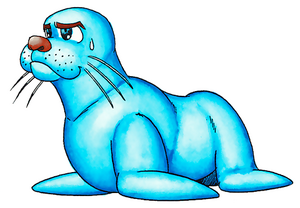 Arthur turned into a seal 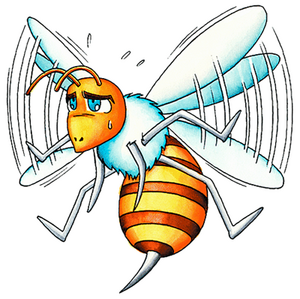 Arthur turned into a bee 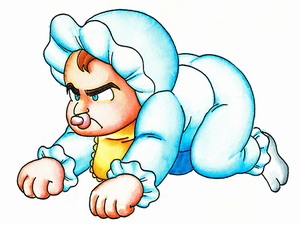 Arthur turned into a baby 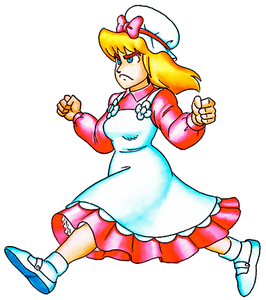 Now this is truly Midnight Bliss. 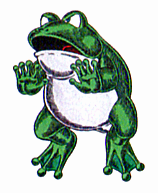 Arthur Turned into a frog 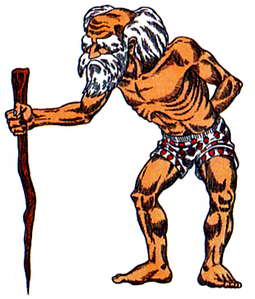 Arthur as an old man 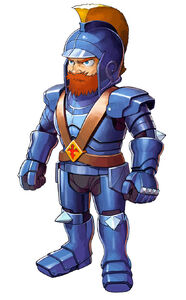 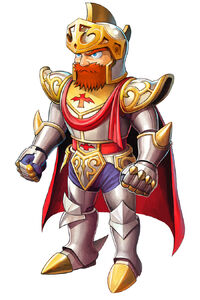 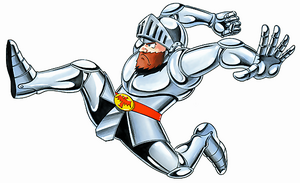 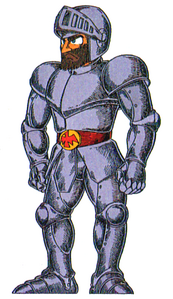 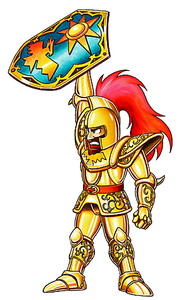 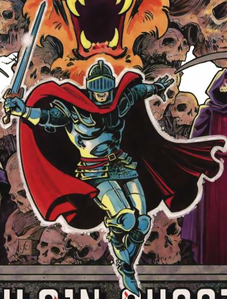 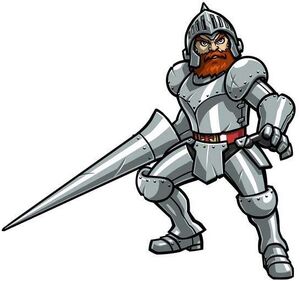 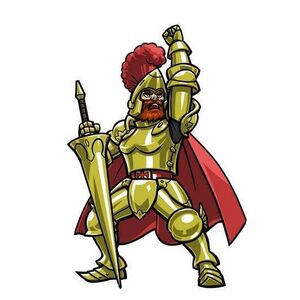 Gold Armor in Otoranger
Add a photo to this gallery
Retrieved from "https://hero.fandom.com/wiki/Arthur_(Ghosts_%27n_Goblins)?oldid=1809201"
Community content is available under CC-BY-SA unless otherwise noted.