King of Far Far Away (currently)

To become King of Far Far Away (succeeded)

Arthur Pendragon, mostly known as "Artie" by Shrek, is the deuteragonist of Shrek the Third. He is Princess Fiona's cousin. These aspects are emphasized when Shrek announces to him that he is the next King of Far Far Away, and Artie begins to panic, believing that he is unsuitable for the job. However, Artie is noble and kind-hearted, and in the end, he courageously accepts the responsibilities of being the new King of Far Far Away.

He is voiced by Justin Timberlake, who also voiced Branch and Boo-Boo Bear, as well as played Will Salas.

Shrek, Donkey and Puss in Boots are traveling to Worcestershire to find the next heir to the throne: Artie.

However, Artie isn't what they expected. He's first seen (Shrek and the others unaware) as a practice target for the jousting team, and is later publicly revealed to the school auditorium by being hung from a pole. Shrek pulls him down, announcing that he's the next king of Far Far Away. Artie then gives a speech, berating all those who picked on him and threatening to evict some (particularly Sir Lancelot and the jousting team), but Shrek stops him, stating, "You overdid it".

Later, on board Shrek's ship, Artie is excited to become king until Puss and Donkey mention the dangers involved, protecting the people from famine, plague and other diseases, food testers to make sure his meals aren't poisoned, and the like. Artie balks, and begins to steer the ship back. Shrek tries to convince him to stop, and the ensuing argument they have causes their ship to crash onto an island. They continue to argue, and Artie runs into his old magic teacher, Merlin's hut. The wizard agrees to help them, but only after taking the "Journey to the Souls", since he and Artie have only recently been in a "self-destructive rage spat".

Artie, upon looking into the soul mist, sees a father bird leaving a chick in its nest. The chick tries and fails to fly, falling. He quickly comprehends that the bird is his father, who left him. Shrek and he have a heart-to-heart talk, where both explain the distance they had with their fathers (Artie having never known his, Shrek having been the near-victim of his dad's murderous attempts). They form an uneasy, understanding friendship, and Artie begins to accept who he is as a person, rather than who he is as other people judge him to be. Next morning, however, they are attacked by evil trees, and their leader, Captain Hook, announces that "King Charming" is managing the kingdom, and that Princess Fiona is in trouble. Artie, in an attempt at heartbroken youth, manages to convince Merlin to send them back to Far Far Away.

Once they arrive in the city, they are almost immediately set upon by guards, who Artie manages to convince that Shrek is a star (of the play, featuring Charming performing Shrek's demise). They infiltrate Charming's quarters, and Charming, anticipating their moves, sends for guards and holds Artie hostage. Shrek demands that he be let go, and (unbeknownst to Artie) lies to Artie, saying that he only brought him back because he "needed some fool to replace me, and you fit the bill, kid". Artie angrily shrugs off his captors and leaves. However, Puss and Donkey manages to catch up with Artie, but Artie continues to walks off, pointing out that they knew about the whole plot and choose not to tell him and how Shrek used him the whole time. Donkey and Puss explained that Shrek only lied to save him, saying that Charming was about to kill him and Shrek saved him at the last minute.

Artie returns at the climax of the play, and convinces Hook and the other villains to give up their evil ways by saying what Shrek told him: Just because you may be treated like a loser, or a villain, it doesn't mean you are one. He helps Shrek defeat Charming, and once the tower is knocked on top of the prince, he takes the crown that falls, after Shrek gives him the choice to do so or not. Artie puts the crown on his head, and begins his reign. He isn't seen again in the movie. 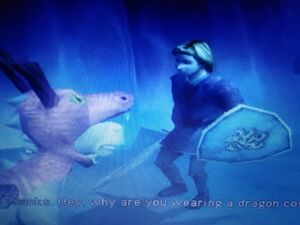 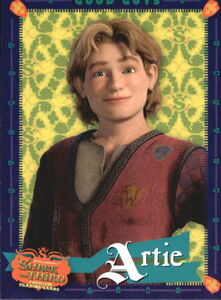 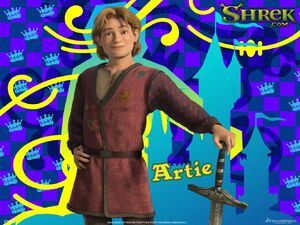 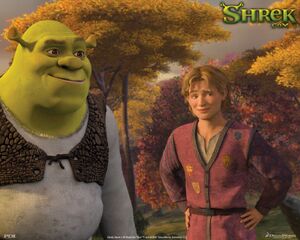