Artix von Krieger is a hero from different online flash games created by the indie company Artix Entertainment. Even though he is not actually the main character, he is widely-recognized as one of the most familiar and popular characters Artix Entertainment has ever created. He is also the character used by Adam Bohn, the founder and boss of Artix Entertainment who also uses the name "Artix" in-game and at work at the company.

Surprisingly, Artix is actually the Champion of Darkness, which explains why he doesn't actually use light-based magic, and why he was unaffected by Vordred's signature spell, the "Voiduminance Necrot-Morph". He also has a dog named Daimyo. His primary catchphrase is "Battle on!", which is a name given to the main hub town as Battleon, and serves as a reminder to others to never give up hope, even when faced with seemingly impossible opponents to defeat.

Artix was born in the plane of darkness as a shadowborn under the title of "Champion of Darkness", sent to destroy the world in a single wave of darkness. However, Artix refused to use his darkness powers to destroy the world because he was not up to doing anything to hurt anyone. As such, he was branded as a betrayer to the plane of darkness. When he was young, Artix saved a girl who had been caught within a river, whose name was Vayle. Since then, Artix and Vayle had become friends.

Artix, along with Vayle, was the sole survivor of a green mist that killed everyone in the village he lived in, including his parents and her brother Edgar. The mist was spread by the first army of the undead sent by the plane of darkness, which had come to retrieve Artix. Lady Celestia took Artix in and trained him as a paladin to fight the undead armies. Over the years, Artix eventually joined the paladin order and became one of King Alteon's trusted soldiers.

Since then, Artix still battles the undead today, and is now armed with a magical axe, the Blinding Light of Destiny, which utilizes the spirit orbs he freed from their undead vessels for the use of powerful magic attacks resembling light-based attacks. During his and the DragonFable heroes' raid on the Necropolis, Artix battled a giant undead abomination that, for some reason, seemed familiar in name to him - it was Edgar, who had been brought back from the dead. It turned out that Vayle, under Noxus' teachings, had been attempting to revive Edgar herself. Artix destroyed the abomination and freed Edgar's spirit, but Vayle swore vengeance, and since then, her anger towards him is still great today.

Artix primarily uses spirit orbs to cast magical attacks that resemble light-based powers, especially through the use of the Blinding Light of Destiny. With every undead he slays, the spirit orb that was freed joins him and gives him their power. In truth, since Artix is the Champion of Darkness, he doesn't actually use light-based attacks. When the AQWorlds heroes use the Shadowscythe Amulet given to them by Gravelyn during their fight with Vordred at the end of part 1 of the Doomwood saga in AQWorlds, Artix turns into a black dragon that easily overpowers Vordred's own shadow, leaving Vordred himself more vulnerable to the heroes and unable to regenerate. Artix's dragon form will fade away and he will revert back to his previous self after the opponent he overpowered is finished off. 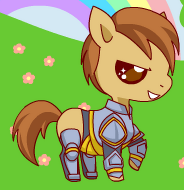 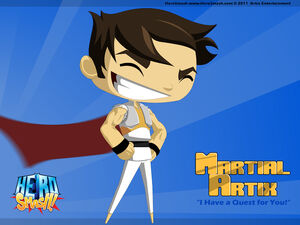 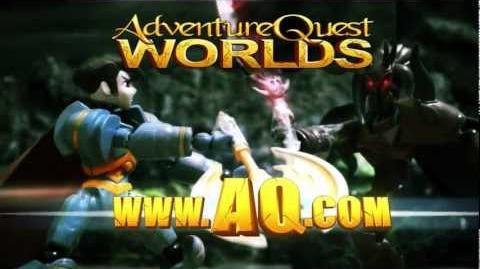 Artix vs Sepulchure Stop Action
Add a photo to this gallery

Retrieved from "https://hero.fandom.com/wiki/Artix_von_Krieger?oldid=1769862"
Community content is available under CC-BY-SA unless otherwise noted.