Arus is the Character of Dragon Quest (Warrior) VII.

16-year-old boy living in Estard Island fishing village Fishbel. Fisherman Borkano and is a son of his wife Mollie. The left arm has been engraved coat of arms of the spirits of the water, you can read that can not be understood by ordinary human character by its power, it is also possible to appear the door of the journey on the sea. It should be noted that from the event of the contents in such Kostal, the true father of Arus is a shark's eye, it is natural to interpret and have moved beyond the era from the past to the present by the power of God.

Although PlayStation version of the official illustrations in a small lizard is riding on top of the hand, it is only in the game a little appearance of opening movie Japan of PS version, not the scene you want to eye during play, it is not at all appeared in the 3DS version . By the way, in the novel version, this lizard is one boss enemy that is garbled. In the cartoon version, named "Geregere", and speak the words of the people. 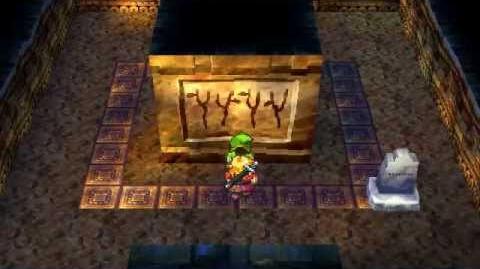 Dragon Warrior 7 (PLAYSTATION) Part 1 The Fisherman's Son...
Add a photo to this gallery

Retrieved from "https://hero.fandom.com/wiki/Arus?oldid=1769401"
Community content is available under CC-BY-SA unless otherwise noted.