Heroes Wiki
Register
Don't have an account?
Sign In
Advertisement
in: The King of Fighters Heroes, Anti-Hero, Male,
and 57 more

Ash Crimson is one of the main protagonists of The King of Fighters franchise and the protagonist of the Ash Saga. His first appearance was in The King of Fighters 2003 as the leader of the New Hero Team. His motives for entering are to take the powers of the descendants of the clans who sealed Orochi away 1,800 years ago (Kyo Kusanagi, Iori Yagami, and Chizuru Kagura). He has succeeded thus far, leaving Kyo as the last power he needs.

Ash is a cunning, self righteous, and flamboyant individual. Confident in his own powers, he doesn't take things too seriously and considers things that are of no interest bothersome. Even when faced with serious situations, he is calm and somewhat blasé.

He isn't one who considers working with others, but instead uses others to achieve his goals. He tends to flaunt the superiority of his halfhearted effort and speaks in a playful and condescending manner, which often irritates the characters he is speaking to.

He views Elisabeth as his older sister figure, and notes that she is "too serious". He feels that Duo Lon and Shen Woo are his good friends, although he appeared to them with mysterious intentions. He also has a habit of calling people pet names such as "Betty" for Elisabeth, and "Ozzy" for Oswald.

His personality seems to slightly change when actively using the power of the Yasakani jewel. Usually calm and composed, when using his Fructidor move, Ash will laugh maniacally while making his opponent burn with the purple flames of the Yasakani. This behaviour is similar to Iori, and it may be interpreted as Orochi's taint affecting his mind.

Ash is the descendant of Saiki. When he was living in France, he spent his childhood years with Elisabeth Blanctorche. For reasons still not entirely divulged, he left her household and the Blanctorche teachings. He enters the 2003 edition of The King of Fighters tournament alongside Duo Lon and Shen Woo. While his teammates leave to solve their own vendettas, Ash goes to the Orochi seal, where Kyo, Chizuru, and Iori are investigating. Ash suddenly ambushes a weakened Chizuru, robs her powers and leaves her unconscious. He taunts that Iori will be next, and flees from the scene.

Ash enters the next tournament with Shen and Oswald. After the tournament's events, he reveals to Oswald that Shen is the target he has been contracted to assassinate for a mysterious group and leaves his teammates to fight each other, a scheme that Ash gleefully set up before the tournament occurred. Due to Orochi's strong presence in the tournament and the ever-weakening seal, Iori succumbs to the Riot of the Blood and violently attacks his own teammates. Ash appears amidst the confusion and takes advantage of Iori's bewildered state to steal the Yasakani Jewel. Before he leaves the tournament grounds, Elisabeth Blanctorche and her team appears before him. She accused Ash of abandoning "their mission" and fighting for personal gain. To intimidate her, he unleashes his new purple flames and disappears using the Yata Mirror. He chillingly warns them that he plans to target Kyo next.

Prior to the KoF XIII tournament, Ash openly joins forces with Those from the Past and works for their master. During the tournament finals, he waits for Saiki to lower his guard, and when the opportunity presents itself, he slays Saiki, robbing him of his soul, while blunty telling Botan that it will be the end of their "bloodline". However, Saiki's essence seizes control of his body and uses it as his own. After being defeated again by the winning team, Ash regains control of his body. Saiki insists that Ash enter the Time Gate, which will allow them to return to a previous era and begin their entire plan over again. Ash doesn't move however, allowing the gate to close and creating a time paradox, since the act has removed Saiki from both past and present. Revealing disgust for the leader of Those from the Past, Ash explains that he "actually likes this world" before Saiki's essence disintegrates. Ash has a few moments to chat with Elisabeth, apologizing to her while saying that his "plan" didn't work the way he meant it to before disappearing as well. He leaves the stolen sacred treasures behind for Iori and Chizuru to reclaim.

The King of Fighters XIV reveals that Ash's last act distorted space-time and led to the creation of Verse (and indirectly, Shun'ei) which harnesses Ash's soul within itself. After Verse's defeat, Ash's soul is released and is founded by Kukri and Elisabeth on Carpathian Mountains in Ukraine. 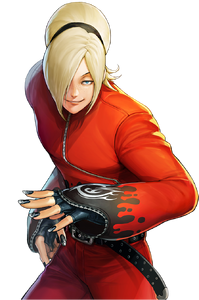 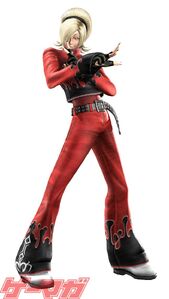 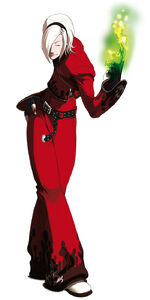 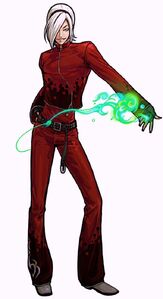 Ash as he appears in The King of Fighters XI. 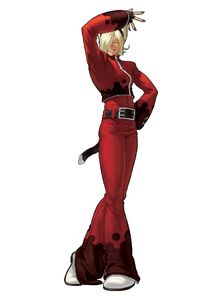 Ash Crimson in The King of Fighters XII. 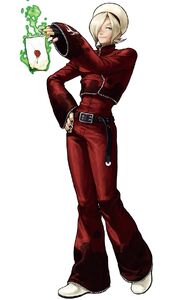 Ash Crimson as he appears in The King of Fighters XIII. 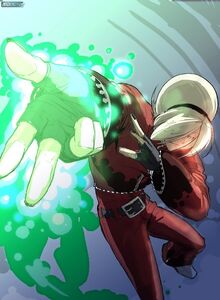 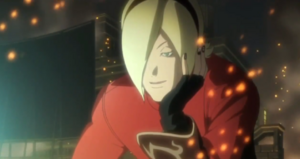 Ash in The King of Fighters: Another Day. 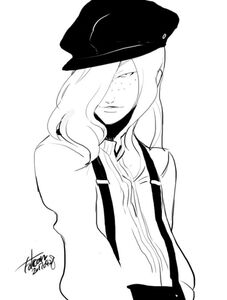 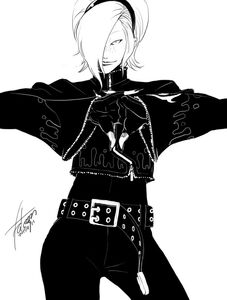