Ashley is a major character who commonly appears in the WarioWare titles. She is a witch-in-training who lives in a haunted house at the edge of Diamond City along with her partner, a little demonic imp named Red.

She was voiced by Ayaka Fukuhara in Japanese, and Jean Nishida in WarioWare: Touched!, Ann Lin in WarioWare: Smooth Moves and Erica Lindbeck in WarioWare Gold in English.

Ashley appears in Super Smash Bros. Brawl as an sticker who increases the Peach and Zelda's magic attacks, also her theme song appears in the WarioWare stage in both English and Japanese language. In Super Smash Bros. for 3DS and Super Smash Bros. for Wii U, Ashley appears as assist trophy who conjure an purple cloud with random effects, she also appears as an collectionable trophy, her Mii costume for the Mii Swordfighter was added in the final wave. In Super Smash Bros. Ultimate, Ashley returns as assist trophy and Mii costume, she also appears as an legendary-ranked support spirit who increases the user's final smash meter charge rate. Her spirit can be summoned using cores of Charlotte Aulin, Star Road and any neutral and support cores. Her spirit battle is against Mii Swordfighter and tiny Ridley who the magic attacks aren't effectives on them on the WarioWare stage, Ashley can also appear as a hostile trophy 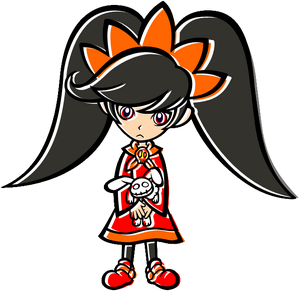 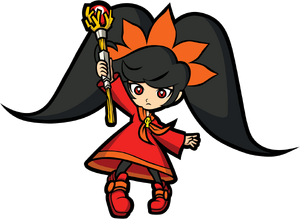 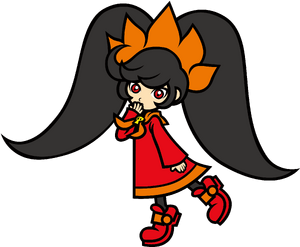 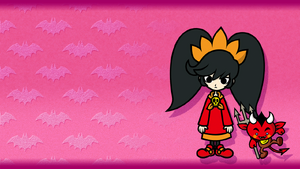 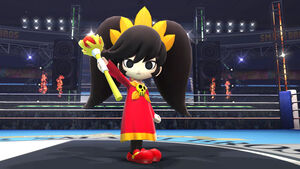 Ashley, as she appears in Super Smash Bros. for Nintendo 3DS / Wii U. 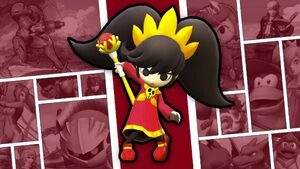 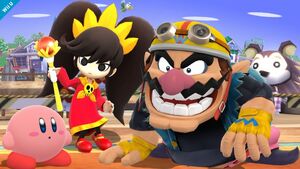 Ashley with Wario and Kirby. 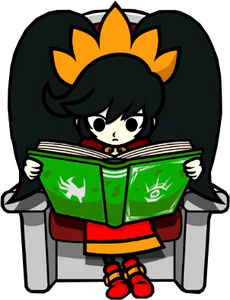 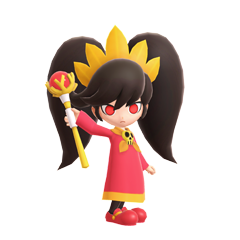 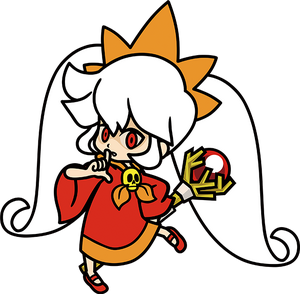 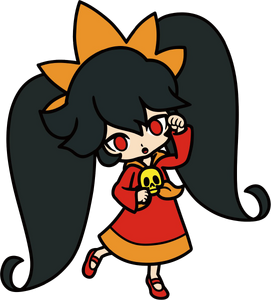 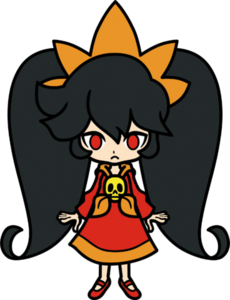