Members of his Lion Guard, other Great Lions Of The Past, Elephants

Askari is a male lion and a character in the third and final season of The Lion Guard. He is the founder and leader of the first Lion Guard, who discovered the Roar of the Elders. He is a distant relative of Kion and his family.

Greetings, wise elephants. My name is Askari. I am the first leader of the Pride Lands' Lion Guard. You have nothing to fear from us.Kion impersonates Askari, as part of the Ukumbusho Tradition

Askari discovered the Roar of the Elders at Cikha Escarpment, where he trained relentlessly to master its powers. Due to his prowess with the Roar, Askari became the leader of the first Lion Guard and assembled a team of the bravest, fastest, keenest of sight, and strongest lions in the Pride Lands.

At some point, a pride of evil lions attempted to overtake the Pride Lands, but Askari and his Lion Guard foiled their plan by working together.

Askari was known for establishing a treaty of peace with the elephants, which led to an everlasting kinship between the elephants and lions of the Pride Lands. This event came to be known as the Ukumbusho Tradition and was celebrated annually.

Kion portrays Askari in the Ukumbusho Tradition. He describes how Askari had made peace with the elephants in order to keep the Circle of Life in balance.

Askari appears in a cave painting. Makini explains that he and his Lion Guard had used teamwork to overcome a pride of evil lions who were threatening to overtake the Pride Lands.

"The River of Patience"

Nirmala mentions that Rafiki had likely sent Kion to the Tree of Life due to Askari discovering the Roar of the Elders at Cikha Escarpment.

Later, Askari appears as a cave painting in the Tree of Life. Janna tells Makini of Askari's discovery of the Roar.

"The Lake of Reflection"

Kion journeys to Cikha Escarpment, where he encounters Askari's spirit. Kion expresses a desire to give up the Roar of the Elders, but Askari praises his humility and offers to teach him everything the Roar can do.

"Triumph of the Roar"

At Cikha Escarpment, Kion meets with Askari for more training. Askari reminds Kion that only one who is willing to let go of the Roar of the Elders can master it, and Kion confirms that he does not need the Roar to lead the Lion Guard.

At the Tree of Life, Bunga questions Rani on why Kion is not ready to use the Roar. Makini interrupts, explaining that Kion might be practicing his Roar at Cikha Escarpment, as Askari used to do so long ago. Bunga and Rani decide to visit him there.

Askari trains Kion, teaching him to lift boulders, break apart rocks, and make pillars with the Roar ("The Power of the Roar"). Bunga and Rani witness Kion practicing his Roar. Anga arrives and brings news that the Tree of Life is under attack. Before leaving, Kion tells Askari that he is ready.

"Return to the Pride Lands"

Askari is dignified and regal in bearing. He has acquired much experience and wisdom from his time as the leader of the Lion Guard and serves as a mentor to Kion. 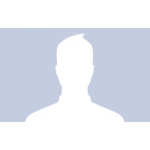