The Adventures of Asterix

Protect the village from the Romans

Selfless Warrior
Asterix is the titular protagonist of the French comic book series The Adventures of Asterix. The series portrays him as a diminutive but fearless Gaulish warrior living in the time of Julius Caesar's Gallic Wars. Asterix was created in 1959 by the late writer Rene Goscinny and the late illustrator Albert Uderzo. Since then, 42 books in the series have been released, with Uderzo taking over writing duties after the death of Goscinny in 1977. Asterix has also appeared in several animated and live-action film adaptations of the series, and serves as the mascot of the amusement park Parc Asterix.

He has mostly been voiced by the late Roger Carel from 1967 to 2014 and has been voiced by Christian Clavier, who also portrayed him in the first two live action movies and he currently voiced by Jean-Claude Donda. In Asterix Conquers America’s english dub he was voiced by Craig Charles.

Long before Julius Caesar and his troops invaded Gaul (modern-day France), Asterix and his soon-to-be best friend Obelix were born on the same day and hour, something which as predicted by the village-druid Getafix would mark their ever-lasting friendship. This was revealed in "Asterix and the actress", though it has been contradicted in other stories which claims that the two were born on separate days.

When the Roman legions arrived, Asterix and the rest of the village's warrior's used Getafix's magical potion to gain superhuman strength and easily fend off the invaders, much to Caesar's annoyance. The majority of the series usually revolves around the romans trying to conquer the village or Asterix and Obelix visiting foreign locations.

Asterix has appeared in 38 albums and in four non-canonical ones. In addition he appears in 14 films, 15 board games and 40 video games.

All these albums has received animated as well as live-action film-adaptations.

Asterix the Gaul Asterix's first appearance released 1961. Getafix is kidnapped by the Romans, and Asterix sets out to rescue him.

Asterix and Cleopatra Released 1965. Asterix, Obelix and Getafix are asked by the Egyptian architect Edifis to help him build a pyramid for queen Cleopatra.

Asterix in Britain Released 1966. Asterix's british cousin Anticlimax requests that he and Obelix brings a barrel of their magic potion to his home-village, as protection against the romans. 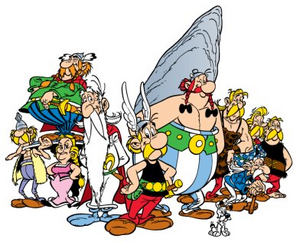 Asterix and his friends. 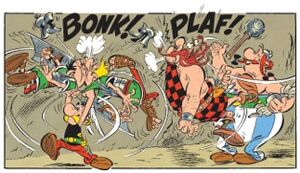 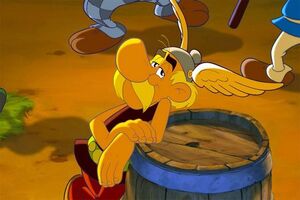 Asterix in "Asterix and the Vikings". 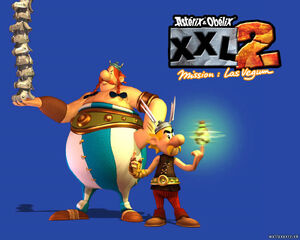 Asterix and Obelix in the XXL videogames. 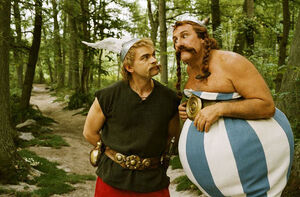 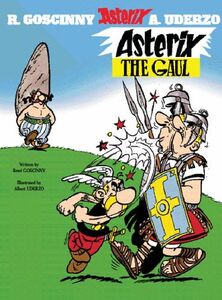 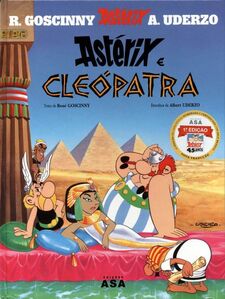 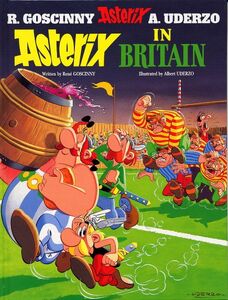 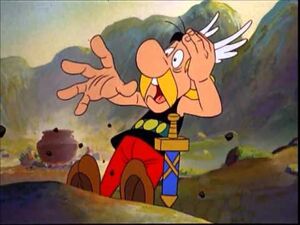 Asterix in "Asterix and the Big Fight" 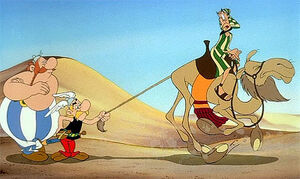 Asterix grabbed the slave dealer from the camel's tail. 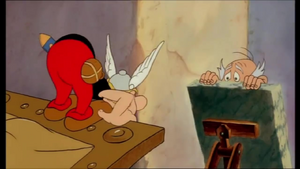 Asterix needs information about where Tragicomix is. 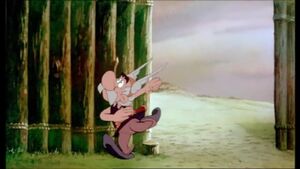 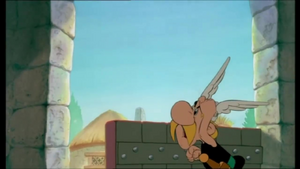 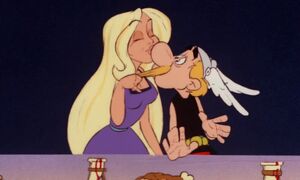 Falbala gives Asterix a kiss for helping her.