Stop Simon Blackquill from being executed.
Protect her best friend from Aristotle Means. (all succeeded)

Athena Cykes is one of three defense attorneys in the Wright Anything Agency, working in this capacity alongside Phoenix Wright and Apollo Justice. She is a specialist in analytical psychology, which she studied in Europe. Cykes has a special ability to pick up subtle emotions from witnesses' voices, and she examines these using a program called the "Mood Matrix". The Mood Matrix is linked to her AI partner Widget, who hangs around her neck, that changes color with her emotions.

When she was a little child Athena's mother was murdered by a man in a mask who broke into their family residence. Due to her incredibly sheltered and depressing childhood (and her believing herself to be a tortured guinea pig by her psychologist/scientist mother), Athena had a twisted mental state which made want to mutilate her mother's corpse (to try and "fix" her); the incident left her with severe PTSD. Years later Athena, who has worked hard to turn herself into a confident sporty lawyer, was accused of the murder from her childhood. The truth behind it, alongside Athena's real role in the incident, and the truth behind her mother's apparent "torture" she inflicted on her, was eventually revealed; when Athena learned what she had done to a mother who loved her so much, she experienced a major psychological breakdown.

Despite this, she was able to overcome her past via the aide of Phoenix Wright, and Apollo Justice, and has since moved on. 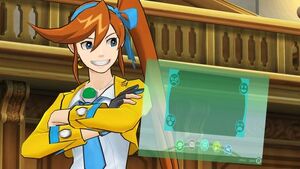 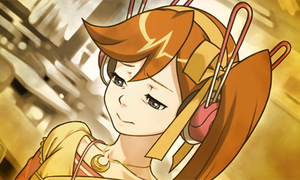 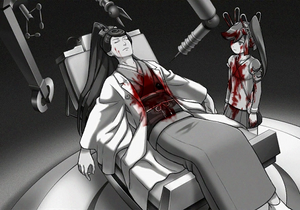 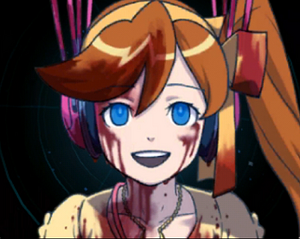 As a child, smiling while in the process of "fixing" her mother on the operating table 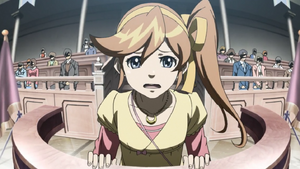 As a child, tearfully testifying in court during Simon Blackquill's trial 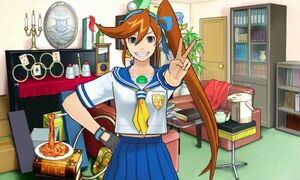 Athena in a law school uniform 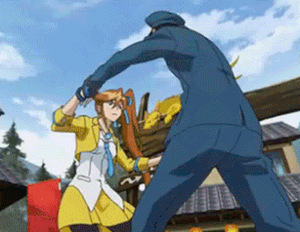 Athena assaulting a police officer due to a "reflex reaction" 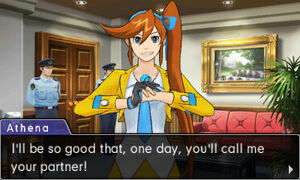 Talking to her boss, Phoenix Wright 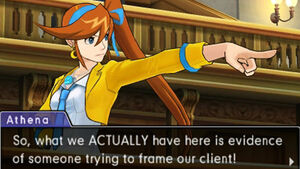