Atomic Engine Stoker "Limbs" Jones is the Stoker for The Boiling Hell and is one of the main characters in the ITV 1997-1998 animated science fiction series Captain Star. He was voiced by English actor and comedian Adrian Edmondson who is also known for playing Vyvyan Basterd in 1982-1984 sitcom The Young Ones and Eddie Hitler in the 1991-1995 sitcom Bottom.

Jones along with Captain Star, First Officer Scarlett and Navigator Black on the orders of Mission Control go to a nameless planet on The Ragged Edge of the Universe in their ship The Boiling Hell and await further orders from Mission Control, which never come.

As revealed in a flashback in the episode The Worm Turns, it is shown that during his first day on The Boiling Hell, Jones let in a small sun into the ship to use as fuel. But Jones backed into the ship's boiler with the sun going in after him. This caused the ship to have enough fuel to escape a nearby fire storm which was caused by three suns clashing into each other. Afterwards Star, Scarlett and Black came to check on Jones and found just the shovel he uses to put coal in the boiler, causing them to think that he had died. Just then, Jones emerged from the boiler alive and well, but had mutated and now had nine heads and six arms, which Jones himself considered an advantage for his job as Stoker.

Jones has nine heads and six arms and his attire is a orange jumper with brown trousers and shoes. In his earlier years as stoker, he wore a blue jumper and black trousers. 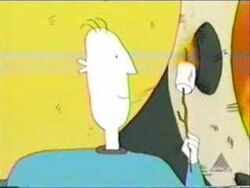 Jones before his mutation 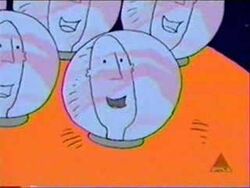 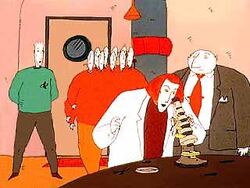 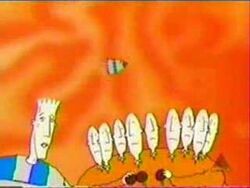 Jones with Star
Add a photo to this gallery

Retrieved from "https://hero.fandom.com/wiki/Atomic_Engine_Stoker_%22Limbs%22_Jones?oldid=1625846"
Community content is available under CC-BY-SA unless otherwise noted.