No information
Audrey is the deuteragonist of Little Shop of Horrors. She is the love interest of Seymour.

In the 1960 film, she was portrayed by Jackie Joseph. In the 1986 film, she was played by Ellen Greene, who also played the role in the musical adaptation on stage before reprising the role on screen, and in concert in mid 2015, and also voiced Goldie Pheasant in Rock-A-Doodle.

Audrey is a kind and sweet woman. Seymour had a crush on her for years, but she was dating the abusive Orin Scrivello, D.D.S. She would often come to work bruised after the "dates" she had with him, in which he would handcuff her.

She however revealed her true feelings in "Somewhere That's Green", revealing that she wants to be a housewife to Seymour and have children (that look exactly like them) and wishes to have the perfect house and garden.

She, always supportive of Seymour, became even more proud of him for being a celebrity of hosting Audrey II in a T.V. show. Later she feels responsible for the disappearance of Orin, having often wished he would die or disappear, and in "Suddenly Seymour" reveals to Seymour that abuse in her childhood led her to feel deserving of abuse from the men in her life.

Seymour convinces her otherwise, and the two finally decide to be together. Later they plan to marry and escape Skid Row. However, when Audrey receives a phone call from Audrey II and rushes to the plant shop. Audrey learns, after trying to feed it, that Audrey II is an evil, talking, man-eating, violent plant and Audrey is almost hopelessly eaten by Audrey II.

Original Ending: Seymour shows up but is too late to save Audrey. She dies in his arms, after instructing him to feed her to Audrey II so that he may become famous and wealthy.

In her final song, Somewhere That's Green (Reprise), she states she is strangely happy about this, because she will finally be somewhere that's green, both figuratively and literally. After she is fed to the plant, Audrey II goes on to eat Seymour, produce multiple offspring, and eventually takes over the world.

Theatrical Ending: Seymour shows up just in the right of time and rescues Audrey from a near death. Audrey then watches Seymour battle Audrey II in the song Mean Green Mother From Outer Space. When Seymour wins by shocking the plant with electrical wires, Audrey and Seymour marry and live happily forever in her dream home, blissfully unaware that one of Audrey II's offspring has survived. 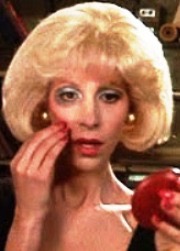 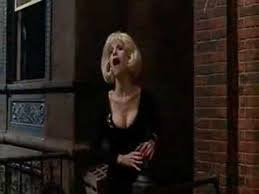 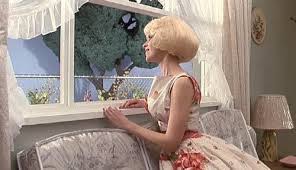 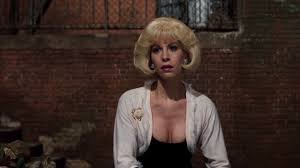 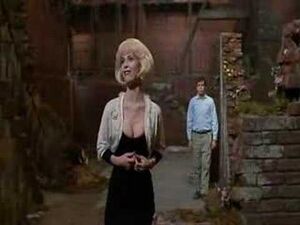 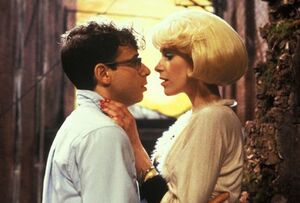 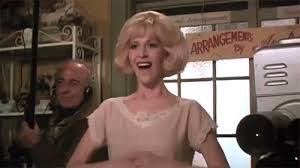 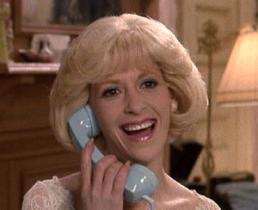 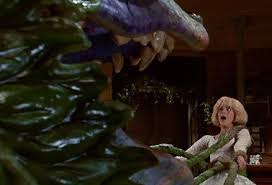 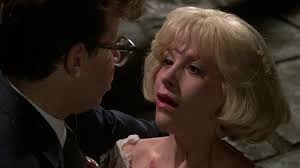 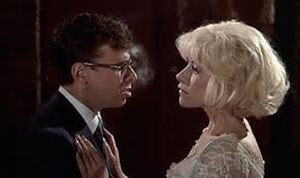 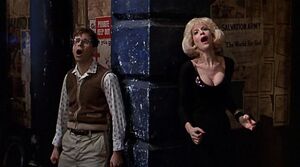