Harridan (by SkekZok the High Priest)

Mother Aughra (by the Gelflings)

She was performed by puppeteer Frank Oz, with the late Billie Whitelaw providing her voice. In the 2019 prequel Age of Resistance, she is performed by Kevin Clash and voiced by Donna Kimball.

Following the Garthim Wars, Aughra at some point retreated to her orrery with the Shard; at this time, she remained convinced that the Gelflings had been exterminated in the war's end. That is, until Aughra meets Jen, who told her of his quest to obtain the Shard. The Gelfling was presented duplicate Crystal fragments, although he was able to find the right one using his firca. Suddenly, the Skeksis's automaton guards, the Garthim, come for Jen and the crystal shard; Aughra creates a distraction for Jen while also trying to save her lab from being destroyed, but is ultimately captured and brought before the Skeksis.

Aughra remains obstinate despite her situation at the non-existent mercy of the Skeksis and criticizes them for callously tearing up her home. For her trouble, Aughra is brought to be imprisoned in the Chamber of Life; from her imprisonment, Aughra watched Kira as she was drained of her essence, and told her to fight back by calling to the creatures. The creatures in the castle soon later helped free Kira and Aughra.

As Kira goes out of the laboratory to find Jen, Aughra pinpoint his location to her before briefly pilfer the area until she finds Fizzgig hanging onto the crystal inside the castle shaft and rescues the creature. Aughra eventually witnessed the urSkeks restored to their true forms before returning to their homeworld.

Aughra is a short and rotund creature whose height nearly towers over the Gelfling, but smaller in comparison to the Skeksis. She has long grey hair and two curled horns; one of her two working eyes was burned and blinded due to the strong light emitted by the arrival of the UrSkeks, and the third eye temporarily close because of her severed connection to Thra while stargazing in her slumber.

In Age of Resistance, Aughra wears a ruffled heavy robe; following her resurrection from the body of SkekMal, she wears the red dress and black cloth resembling the ones she wore in the film, except the dress itself has small leaf-like ornaments scattered throughout.

Aughra is mean and cantankerous and prone to mood swings. An example of this is described in the novel: When Jen reaches for something out of curiosity in Aughra's observatory, she angrily holds his hand to the table and growls at him not to touch anything. She then proceeds to behave as if nothing had happened.

She is shown saying dramatically that the Great Conjunction is the "end of the world", and then adding, in a different tone of voice, "or the beginning! Hmf!" before dismissively remarking that ends and beginnings are "all the same" (each being a form of change). She seems well-acquainted with what most of Thra's inhabitants would view with awe, but is herself overawed when the urSkeks assume their true forms. When she asks Jen the location of his urRu mentor, and hears that the latter is dead, she becomes wary and says "Could be anywhere, then".

Aughra shows no fear of the Skeksis or the Garthim, calling them "fools", the Garthim "stupid" and stating, "Lords? Not for long! What about the prophecy, that a Gelfling will end Skeksis power? He'll come! Make you crawl, like the worms you are!" This is even explored in several episodes of the prequel series, where she angrily calls out the Skeksis on their abuse of the Crystal.

In spite of her personality, The Dark Crystal: Age of Resistance reveals a softer side to her: she displays a motherly affection and compassion for all life on Thra, such as willingly give up her essence to save SkekMal for several captured gelflings' freedom, including Brea, one of the show's protagonists, and taking care of an Arathim that tried to control her. Despite Seladon's misguided intentions and when the Arathim Ascendancy went astray, she acted more like a mother disappointed with her children, and even cried when the Skeksis assaulted Seladon. 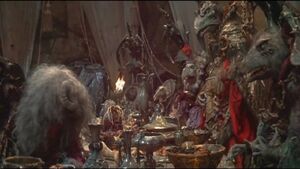 Aughra's rage at the Skeksis. 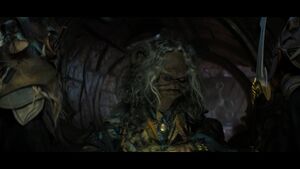 Aughra standing up to Tolyn. 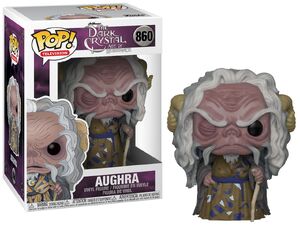 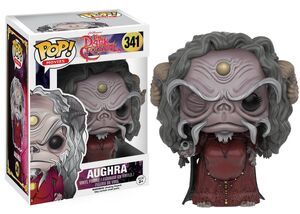 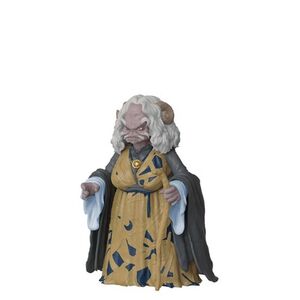 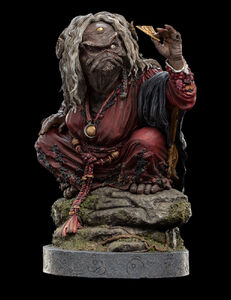