Aurico is the Red Aquitar Ranger of the Aquitar Rangers and the second-in-command to Delphine. He is an Aquitian that requires waters of Aquitar in order to live.

He is also referred to as Red Alien Ranger by people of Earth, as well as Mighty Morphin Alien Red Ranger.

He is portrayed by David Bacon in the original 10 episodes stories.

While officially Delphine is the leader of the team, as Red Ranger, Aurico often figures in front of formations. He pilots the Red Battle Borg and, during his stay on Earth, the Red Shogunzord as well when the original pilot could not.

In Zeo, he transmitted the message from Aquitar to Earth, claiming that he and the other two Alien Rangers were standing by to offer their services at the first sign of trouble. This was the last time Aurico appeared in his civilian form.

During the invasion of the universe by Dark Specter's United Alliance of Evil, Aurico and the other Aquitian Rangers battled Divatox's army on Gratha, where they were defeated. They were later saved by Zordon's Energy Wave.

Aurico was last seen teaming with Eric Myers during Power Rangers: Wild Force, on the episode Forever Red, as one of the ten Red Rangers that attacked the remnants of the Machine Empire on the moon as they attempted to reactivate Serpentera. 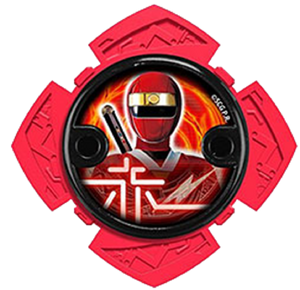 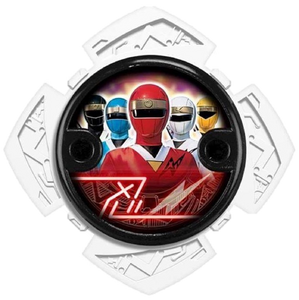