Another one of Austin's catchphrase.Ya Baby Yeah!

Sir Austin Danger Powers is the titular main protagonist of the franchise of the same name. He is a geeky-looking, hippie-like secret agent.

Austin was frozen in 1967 and defrosted in 1997 to battle his arch-nemesis and brother Dr. Evil.

He is portrayed by

, who also played Shrek, the Cat in the Hat, Dr. Evil, Fat Bastard and Goldmember.

When Austin was a baby, he, his parents and brother Doug went on a trip to Belgium. At one point during the trip, his father left the car to urinate, during which time the car was blown up. Austin survived the explosion, but his mother was killed and his brother was missing and presumed dead. Due to the loss of his wife and one of his sons, Nigel kept a very distant relationship with his remaining son, acting more like a friend than a father.

If the song "Daddy Wasn't There" is any indication, while growing up, Nigel never took Austin to the fair or changed his underwear. Austin was also baptized and circumcised while growing up.

Years later, Austin entered the British Intelligence Academy to become an International Man of Mystery. Unknown to Austin, his roommate Douglas Evil was actually his long lost brother. It was during his time at the academy that he first met Basil Exposition.

Despite Douglas Evil having the highest marks in the class, Austin is chosen as his class's International Man of Mystery. He asks his father to stand up and take a bow, but the seat reserved for Nigel Powers is empty, causing everyone in attendance to laugh at Austin. 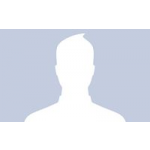