Austin is a purple kangaroo and a major character in The Backyardigans. Austin's speaking voice is provided by Jonah Bobo who also portrayed Danny in Zathura. His singing voice was provided by Thomas Sharkey for the first three seasons and by Nicholas Barasch for the final season.

Austin is described as the "new kangaroo on the block," and he does not know the other characters very well yet. He is somewhat hesitant to express his opinions, and slow to take the lead. When he overcomes his shy feelings, Austin gets the respect he deserves. He is revealed to be sweet and intelligent as the series progresses. Throughout his adventures, he frequently takes the role of a humble servant or faithful assistant, putting his friends' needs ahead of his own and helping them in any way he can. He is not one to ask for recognition, but even so, he receives a lot of love and support from his friends for all that he does for them.

Austin lives in an purple-colored house to the right of Uniqua's home. It is separated from the other characters' houses by a wooden fence. When the characters visit Austin's house for a snack, they use a door within the fence to enter Austin's front yard.

Austin has purple skin and long ears. His nose and eyebrows are a darker shade of purple. Austin has a tail which comes out of the seat of his shorts and trails on the ground. He wears a light blue shirt with a yellow stripe across the middle. He wears rolled-up blue pants. 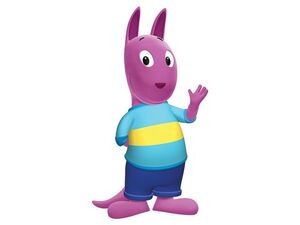 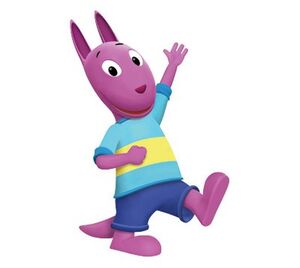 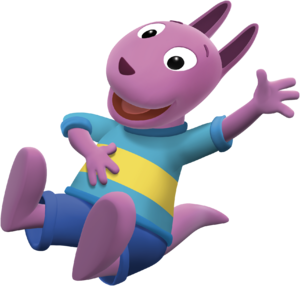 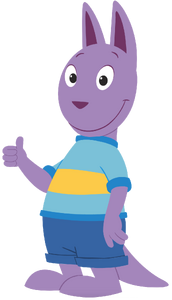 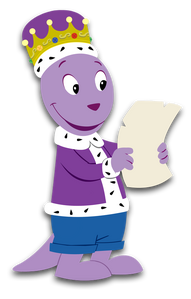 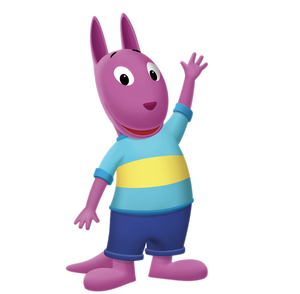 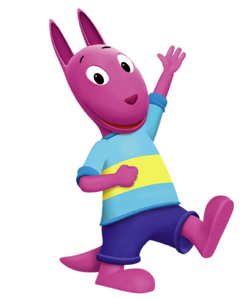 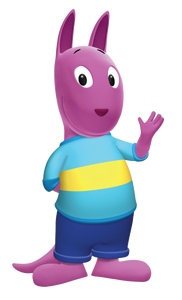 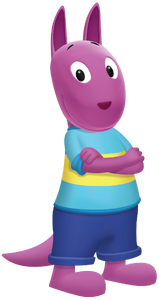 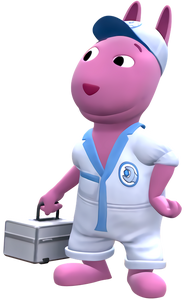 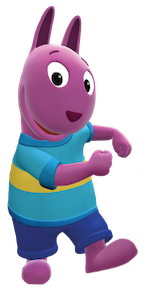 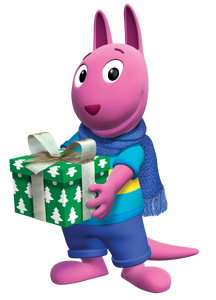 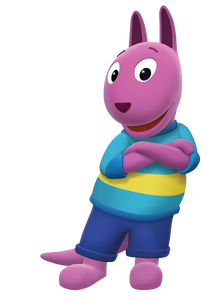 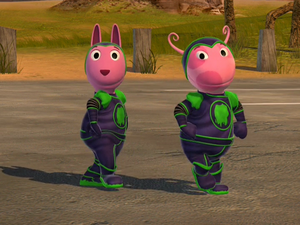 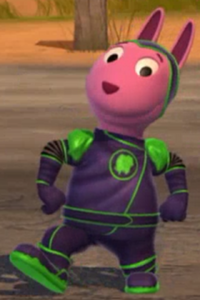 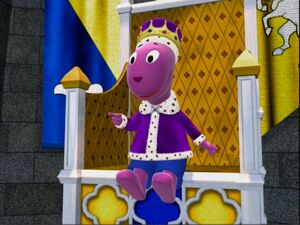 Austin played as King Austin from the episode, "Knights Are Brave And Strong" 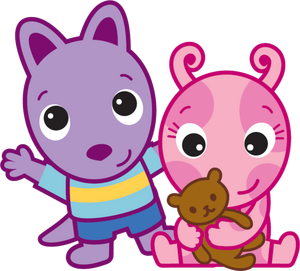 Baby Austin, with baby Uniqua
Add a photo to this gallery
Retrieved from "https://hero.fandom.com/wiki/Austin_the_Kangaroo?oldid=2256984"
Community content is available under CC-BY-SA unless otherwise noted.