To discover and learn all about the animals of the wild with the Kratts brothers and her team.

To help protect it from any villains who might selfishly disrupt the environment.

Aviva is one of the heroes from Wild Kratts.

Aviva is a member and the third-in-command of the Wild Kratts crew, after Chris and Martin Kratt; she is a bio-mechanical engineer and the creator of all the Wild Kratts' inventions, most notably the Tortuga and the Creature Power Suits.

She is voiced by Athena Karkanis.

Aviva is a young woman of average height; she has bushy dark brown hair that she always ties back in a ponytail, green eyes (with a slight grayish tinge), and tan skin. She usually wears a purple shirt and a yellow jacket with a blue stripe running down both of the sleeves, blue jeans held by a black belt with a bolt on it, worn crookedly around her waist, and purple and white converse shoes. In Octopus Wildkratticus, while searching for the Creature Power Suits, she wore a violet wetsuit. Her beach outfit was a yellow tank shirt, blue jean shorts, bracelet, necklace, and yellow sandals with blue straps. Her signature color is violet/purple.

Aviva is a strong leader and an active member of the crew. However, she can take competitions a little too seriously, and despite being tomboyishly beautiful, she can be quite stubborn and a bit sassy. Though she has been shown to be somewhat arrogant in her abilities (no doubt due to her intelligence), she does care about the well being of her crew and the animals they encounter, and she does not value her inventions over her crewmates. Although often hard at work, she can sometimes be lazy and feel unmotivated.

Aviva has professional bio-mechanical engineering skills, seeing as she was the original creator of the Creature Power Suits, and builds all of the team's nature-inspired inventions. She is also good at computers (seeing as she was able to hack into Zach's computer system), and can pilot the Tortuga when necessary. She does some field work. She can speak Spanish (due to her family roots) and is very good at badminton, though she usually destroys the plastic birdies. 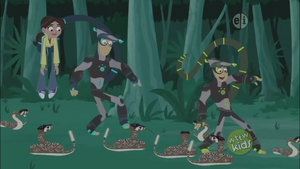 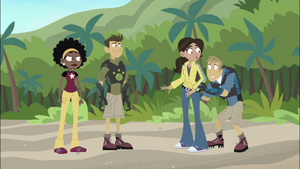 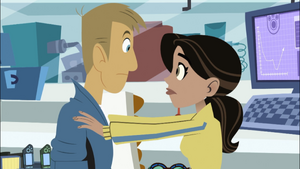 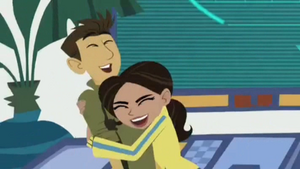 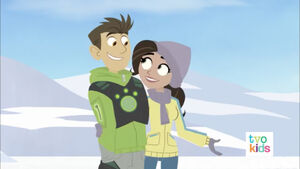 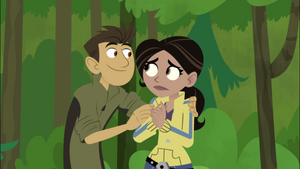 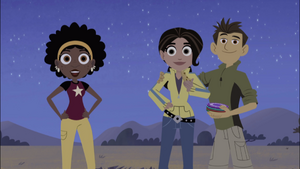 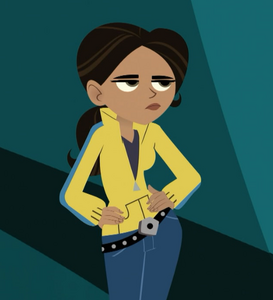 Retrieved from "https://hero.fandom.com/wiki/Aviva_Corcovado?oldid=1643539"
Community content is available under CC-BY-SA unless otherwise noted.