Ayumu Aikawa is the main protagonist of the light novel and anime series Is this a Zombie?. He is a 16-year old boy who was murdered by a serial killer and lives on as a zombie resurrected by Eucliwood Hellscythe. He is currently living with her, along with the Magical Garment Girl Haruna and vampire ninja Seraphim.

Ayumu is a boy with greyish to white hair in a simple hairstyle. He usually wears his school uniform, but is also seen wearing simple shirts and slacks when at home.

As a zombie, Ayumu has a strong dislike of intense heat and sunlight, which quickly leads to him being dehydrated and severely desiccated, and is a constant problem for him during the spring and summer months. When subjected to intense pain, he will temporarily submit to it, but will then overcome such reactions, because he remembers that he is a immortal and cannot die. He is also usually in a weak-hearted, lazy state of mind, which often works against him, leaving him vulnerable to punishment or ambush, as was the case with his killer, Kyoko. He is also very sarcastic, frequently making snide remarks about the abuse he gets put through by Haruna and Seraphim, though only in his head.

However, in times of conflict, the weak-minded aspect of his personality disappears, and he is shown to be a decisive, aggressive person who speaks, thinks, and acts according to his conscience. In particular situations, such as his battle with Kyoko, he is also shown to have a ferocious and vengeful side to his personality as well, and he acts in line with that as well. This was dramatically illustrated when he killed Kyoko down to her last life in an overwhelming assault with Haruna's chainsaw, and when he overpowered Yoruno in hand-to-hand combat. He is more aggressive in the manga, as seen in his fight against Kyoko when it takes the appearance and intervention of Ariel to stop him from killing her, whereas in the anime he refrains from killing her for good after figuring out that she was down to her very last life.

Despite this, he still possesses a strong moral center, even in such life-and-death situations, and will quickly withdraw from an anger-fueled, vicious onslaught when he thinks it is the right thing to do. Again, this illustrated in his battles with Kyoko and Yoruno, for with the former, once she had been shocked into pained, terrified submission and began to beg for her life, he decided that the correct thing to do was to spare her life, in the hopes that she would learn from the experience and understand the consequences of what she had done. In the latter case, he stopped fighting and withdrew his anger, for he decided that it was best to allow Eucliwood to resolve the situation in a more responsible fashion.

Although he insists otherwise, Ayumu does have a definite perverted side to him. He often daydreams about Eucliwood, in which she calls him Onii-chan and asks for a bath, or food in a manner of a cute girl. Eu clearly knows about the fact that he daydreams of her. When Haruna had absorbed Eu's magic and Eu was free to speak, she deliberately asked him if he was going to daydream about her or not. This suggests that Eu may see him as a sister-complexed pervert who would be able to fantasize about a given person at any point in time.

As shown in episode 12 and the OVA (episode 13), his non-conflict oriented personality is shown to have a strong tendency towards perverted conduct, which is also often the cause of his frequent mishaps and punishments, often given by the girls who accompany him, namely Haruna, Seraphim, and Maelstrom. Despite these situations, he cares for and genuinely respects them, which they, in their own ways, reciprocate. This even includes Saras, who had fallen for him after several instances of staring at his curve-line.

When he had his memory erased, the demon governing laziness known as Belphegor took over his body. This is most likely a representation of the fact that Ayumu really likes peace and does not want to be disturbed, and those traits are somewhat associated with laziness. 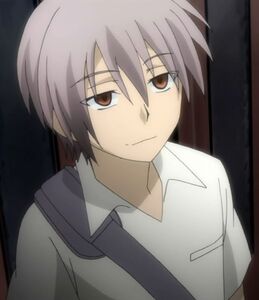 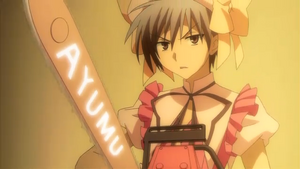 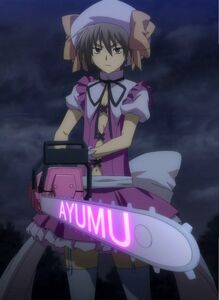 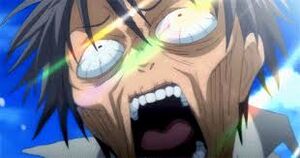 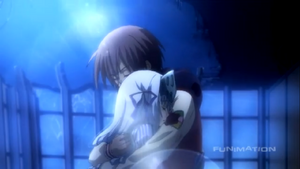 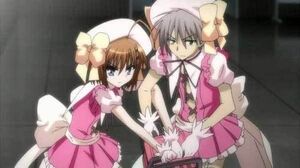