He is a parody of The Blob. He was created by a tomato with cake topping. He mainly seems to be kinda stupid and is constantly annoying the team with his stupidity. He also has a girlfriend called Jello with some pineapple chunks, he says that she is the only thing he deserves in this world.

He was voiced by Seth Rogen (who also voiced Mantis in the Kung Fu Panda franchise, Morton the Mouse in Horton Hears A Who, Frank in Sausage Party, and Pumbaa in the 2019 remake of The Lion King) in the movie, and Eric Edelstein in the TV series. In the Japanese dub from the movie, he is voiced by Yuki Himura.

Due to having no brain whatsoever, B.O.B is quite dimwitted, but he is also caring, humorous, and kind.

B.O.B. is the end result of an experiment combining a genetically engineered tomato with chemically altered ranch salad dressing. He subsequently went on a rampage devouring six city blocks before he was captured by General Monger in 1958 and imprisoned inside Area Fifty-Something. Once at the base, Monger was forced to feed him an excessive amount of Carrot puree that deeply traumatized him.

He met The Missing Link 3 years later in 1961, Dr. Cockroach another year later in 1962, and The Invisible Man sometime before 1968. Prior to the episode Attack of the Movie Night, B.O.B. was frightened by big mustaches, and to cure him, Missing Link had to put on a fake walrus mustache and B.O.B. attacked him.

In 1968, Dr. Cockroach and Missing Link threw B.O.B. a birthday party, which in reality was a false premise they used to feed B.O.B. a chemical compound they believed would turn him into a living bomb in an effort to escape the base. Instead of having the desired effect however, the bomb compound gave B.O.B. the ability to read minds. Deciding to make the most of it, Missing Link and Dr. Cockroach attempted to use B.O.B. to read Monger's mind to find a way to escape the base.

The group succeeded in finding Monger's personal jet, unfortunately, B.O.B. was led to believe the jet was a piñata and thus destroyed the jet leading to the trio's recapture by Monger. Worst yet the group soon learned that B.O.B.'s mind-reading powers had been destroyed in the crash which led to another birthday party for B.O.B., of which only Monger, B.O.B. and the Invisible man enjoyed.

Unfortunately, 16 years after the party in 1964 the Invisible Man died of a Heart attack, the others didn't let B.O.B. know so that they could avoid hurting his feelings instead of telling him that the invisible Man escaped.

No sooner is Susan placed in the monster prison and meets her cellmates, she's frightened beyond her wits' end. Immediately, B.O.B. wishes to know her name, and she replies 'Susan'. Just 3 weeks after Susan arrived, Gallaxhar had arrived with an arsenal that overwhelmed the US army's own. After Dr. cockroach had failed to shrink Susan down to size once again, General Monger had arrived and offered them a deal: take down the wandering robot probe and they gain their freedom.

After winning the San Francisco battle and earning their long-awaited freedom, the monsters make their 1st visit to Modesto, albeit with disastrous results. After Susan gets abducted and Insectosaurus is killed by Gallaxhar, it is B.O.B. that comes up with the plan to board the spaceship via jetpacks. After activating the self-destruct sequence, B.O.B., Link and Dr. Cockroach are trapped in one of the ship's chambers.

Failing to understand what was happening, he tells them he would see them tomorrow. The others promise him a wonderful meal. At the last moment, Susan becomes Ginormica once more and she busts them, making their way to General Monger and the resurrected Butterflysaurus. After being hailed by Modesto and the world as heroes, B.O.B. 'breaks up' with Derek, choosing him over Diane before he joins the rest of team monster in the battle with Esgargantua in Paris.

Tried to go out like Elvis, until Monger mentions a space ship over Modesto. He then tries to negotiate with the pumpkins, as he knew the "Produce" language. After this, and an insult about his mother in a salad bar, he and the others worked with the neighborhood children to fend off the pumpkins.

Night of the Living Carrots

When Link vanquished the last mutant pumpkin, some of its genetic material came in contact with a carrot. It soon spread to a whole army that upon biting anyone with a brain became a zombie. Upon being told that only he could stop them, B.O.B. screamed in horror: After he was sent to area fifty-something, Monger fed him an endless amount of mushy carrots. B.O.B. considered replacing his zombified friends with plush toys, but he knew he couldn't, so he ate all of the Modesto carrot plagues, freeing all those who were under the zombie influence. 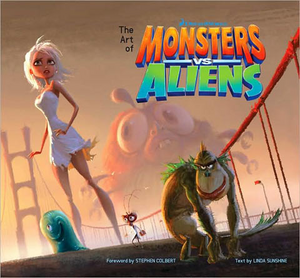 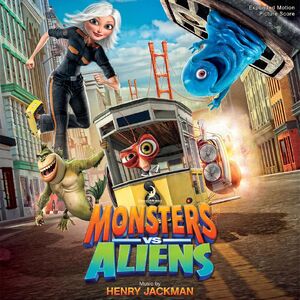 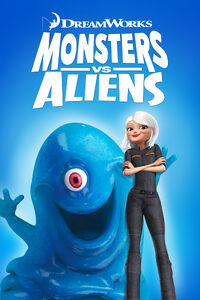