Heroes Wiki
Register
Don't have an account?
Sign In
Advertisement
in: Articles under construction, Article stubs, Male,
and 13 more

Baba Looey is a fictional anthropomorphic Mexican burro that appeared in The Quick Draw McGraw Show.

He is deputy and best friend to Quick Draw McGraw.

He was voiced by the late Daws Butler.

Baba Looey is Quick Draw McGraw's sidekick, he is brown and wears a sombrero. He is often seen hanging around with Quick Draw and helps him catch bad guys.

Baba Looey is small, he brown fur, he wears a sombrero, and a yellow bandanna. And he's voiced by Tom Kenny in 1995-present. 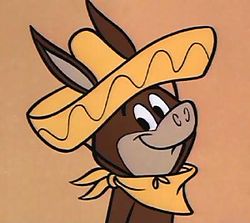 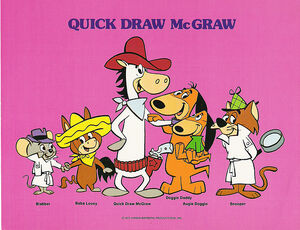