Being with Samus Aran.

Anyone and everyone who harms Samus Aran

The Baby Metroid, also known as Baby, is a Metroid hatchling that grew attached to Samus Aran during her mission to eradicate the Metroid species on the planet SR388. Unable to bring herself to destroy the affectionate infant, Samus decided to put Baby into the care of the Galactic Federation so it can be used for medical advancement instead of a biological weapon.

Baby is kidnapped by Ridley towards the start of the game. After Samus defeats Ridley on Zebes, she discovers that the glass case that contained the Metroid is broken, and the hatchling is nowhere to be found. When Samus discovers Mother Brain's lair, the now-enormous hatchling attacks Samus and begins draining her energy, but in the nick of time, it recognizes her as it's "mother" and flies off in shame. Later, during the final showdown with Mother Brain, the hatchling attacks Mother Brain just as she is about to deliver the killing blow on Samus. She kills the Metroid, but not before it bestows Samus with the Hyper Beam, enabling her to defeat Mother Brain.

During a escort mission on SR388, Samus became infected with a X Parasite that slowly deteriorated her health to life-threatening levels. A team of scientists aboard the Biologic Space Laboratories research station managed to developed a vaccine that incorporates Baby's DNA into Samus' genetic structure, allowing her body to absorb traces of the X that infects it. After making a full recovery, Samus briefly reflects on the irony that the Baby Metroid has saved her life for a second time. 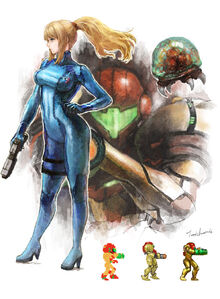 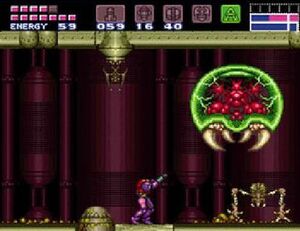 The Baby Metroid after growing to colossal size. 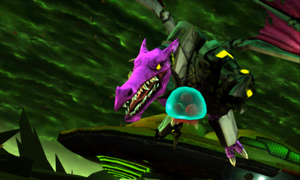 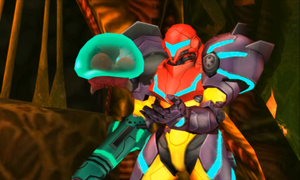 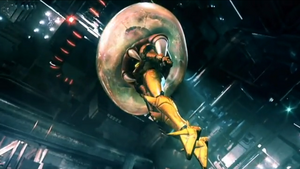 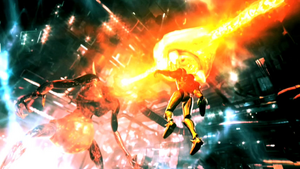 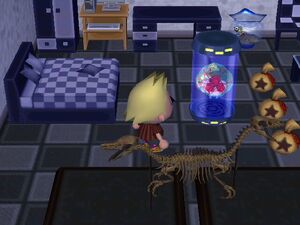 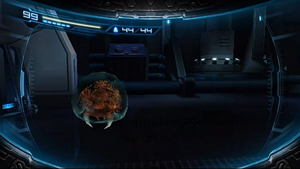