Eating grass and other plants.

Assist Crash or Coco through the prehistoric era. (succeeded)

Crash first meets Baby T in the level "Dino Might!" after hatching him from his egg. Once paired up, the bandicoot will ride around on Baby T's back and can break crates apart without having to dismantle. Baby T's powerful legs can also help Crash walk across swamp grass quickly and allow him to perform bigger jumps, those bigger jumps being instrumental in helping Crash through one of the two secret levels: "Eggipus Rex." Baby T is also present at the ending of the game with Aku Aku, the Bandicoots, Polar and Pura. He is seen munching on a potted plant inside Crash's house.

After years of absence, Baby T finally reappears again in Crash Bandicoot: N. Sane Trilogy. He reprises the role he had during Warped! except now Coco Bandicoot is also able to ride around on him.

Baby T returns as playable character who can be obtained using Nitro Points during the Back N. Time Grand Prix event. He is a Speed class driver. 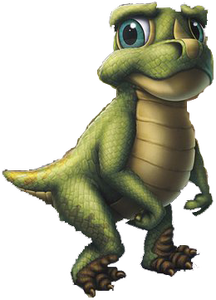 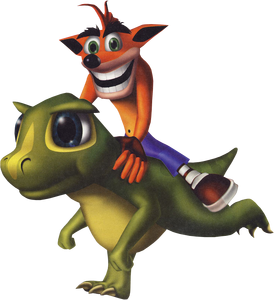 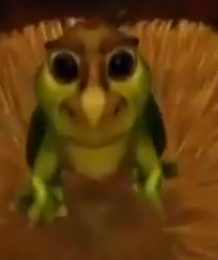 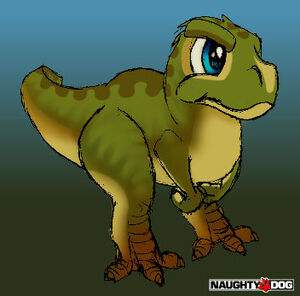 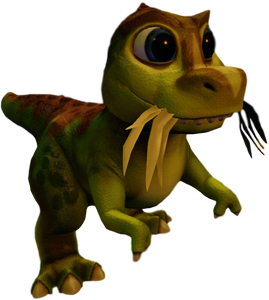 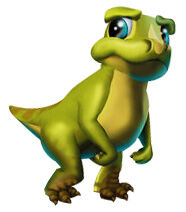